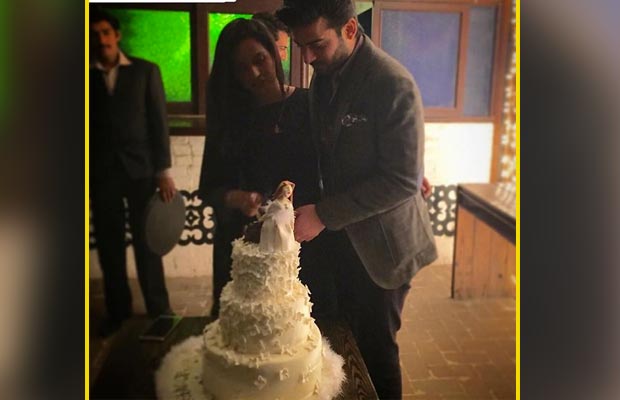 Pakistani actor Fawad Khan is steadily climbing the success ladder in Bollywood. The heartthrob who is minting a large female fan following in India is happily hooked since 10 years. The amazing actor Fawad recently celebrated his 10th wedding anniversary with wife Sadaf.

Gaining a launch pad from the television industry, Fawad was already a renowned name with the hit serial Humsafar. With mesmerizing looks and top notch acting skills, the Pakistani actor had a sweep flow in the tinsel town. Fawad stepped in the B-town with the film ‘Khoobsurat’ opposite Sonam Kapoor. Playing the role of a Prince in the movie, the dashing actor fitted into the shoes of the character perfectly carving a huge fan following.

Also Read: Here’s Why Fawad Khan Refused To Work With Sonam Kapoor In Battle Of Bittora

Well the mind blowing actor, who is not so interactive amidst the media, recently shared an adorable picture of his 10th wedding anniversary. The actor took to the photo sharing app Instagram and posted a picture of himself with wife Sadaf. The couple is seen cutting a wedding cake. Fawad posted, “8hifawadkhan#Repost @siddysays with @repostapp. #FawadKhan celebrates his 10th wedding anniversary with his lovely wife amongst friends and family at an exclusive gathering in Lahore today!” 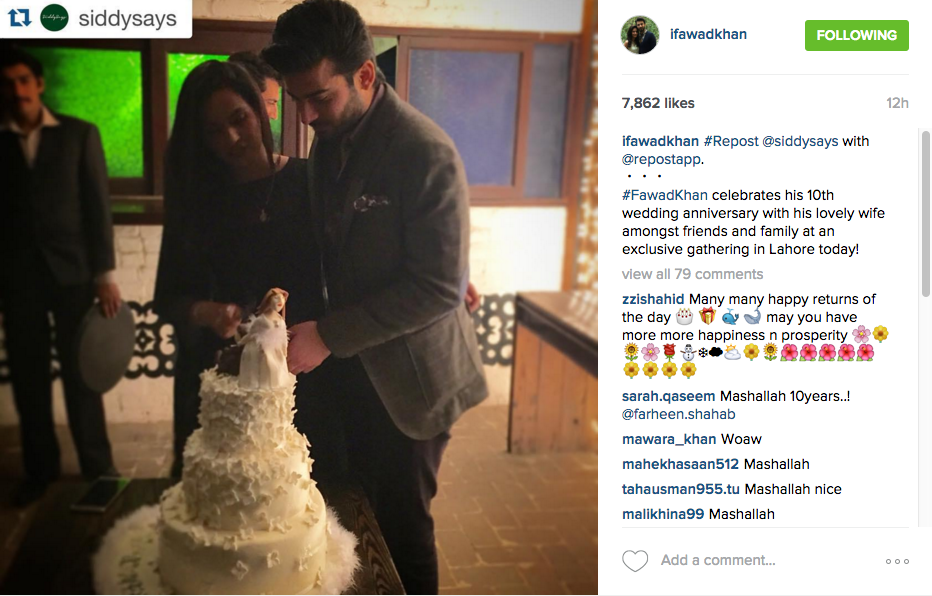 The picture was apparently clicked by a friend present at the celebration. One more candid picture of the two made way to the instagram, “Happy Anniversary #SadafFawad and #FawadKhan 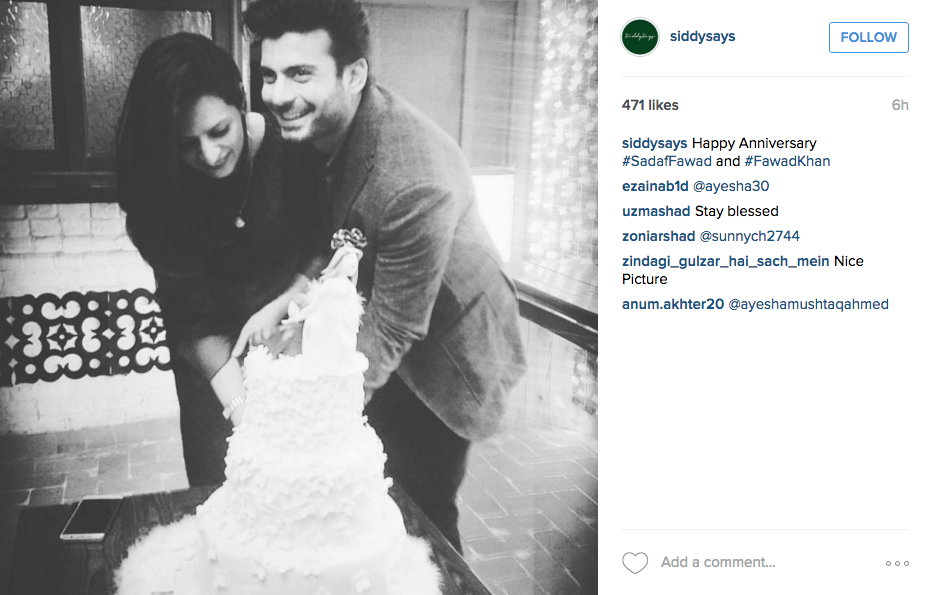 The actor nonetheless has always been targeted for his nationality; recently Fawad was much in news when Shiv Sena opined that all Pakistani actors should be banned from entering Maharashtra. Keeping up with the poised and the calm attitude, the actor refused to react and continued with his shooting schedule.

The handsome hunk will soon be seen in the film ‘Ae Dil Hai Mushkil’. The film is directed by Karan Johar and is in its shooting schedule.