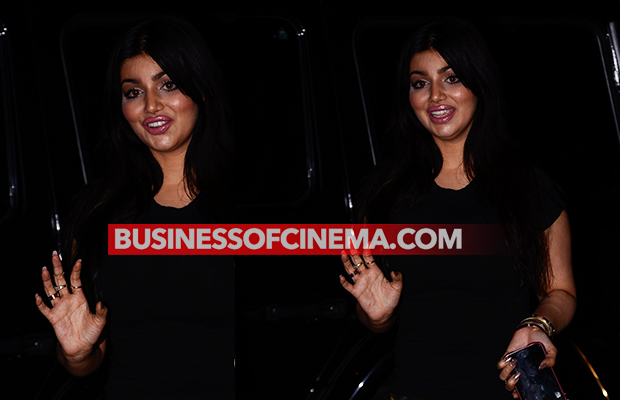 Salman Khan’s Wanted co-star Ayesha Takia, who was on a long break from work is a talk of the town for all the wrong reasons. After getting married to Farhan Azmi, politician Abu Azmi’s son, and becoming a mother to son Mikhail, Ayesha Takia gave all her time to family and took a huge break from work. The actress had bid goodbye to the silver screen and now when she has returned back, Ayesha is talked about for some other reasons.

The actress recently attended a restaurant launch event with her husband where she surprised everyone with her shocking transformations. Her lips look swollen, her face looks frozen, and eyes have turned too huge that has left everyone wondering what wrong has happened with the actress. Probably a plastic surgery went wrong? In no time when the pictures from the event splashed all over, Ayesha was trolled on the social media. She received hates messages for going through the drastic change.

Reacting indirectly to the same, Ayesha posted an image and said, “You can be the ripest, juiciest peach in the world, and there’s still going to be somebody who hates peaches.” 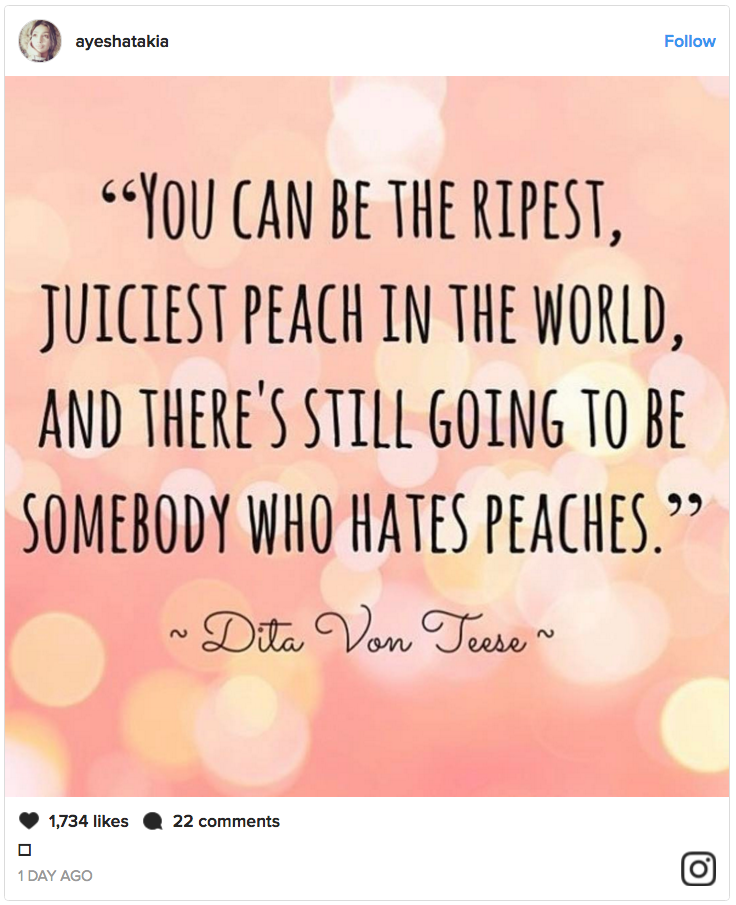 A few hours later, she shared a selfie and captioned it as, “Crazzzy long arm me takin selfies! Y not lol! #StopSelfieShaming All u girls n guys who love urself enough to take ur own picture and feel good about it should be proud. Don’t let anyone tell u to dim ur confidence and self love. We live in a world of judgements and bullying, so we need to rise above that n just be who we are and be proud of it. LOVE URSELF #ayeshatakia.” 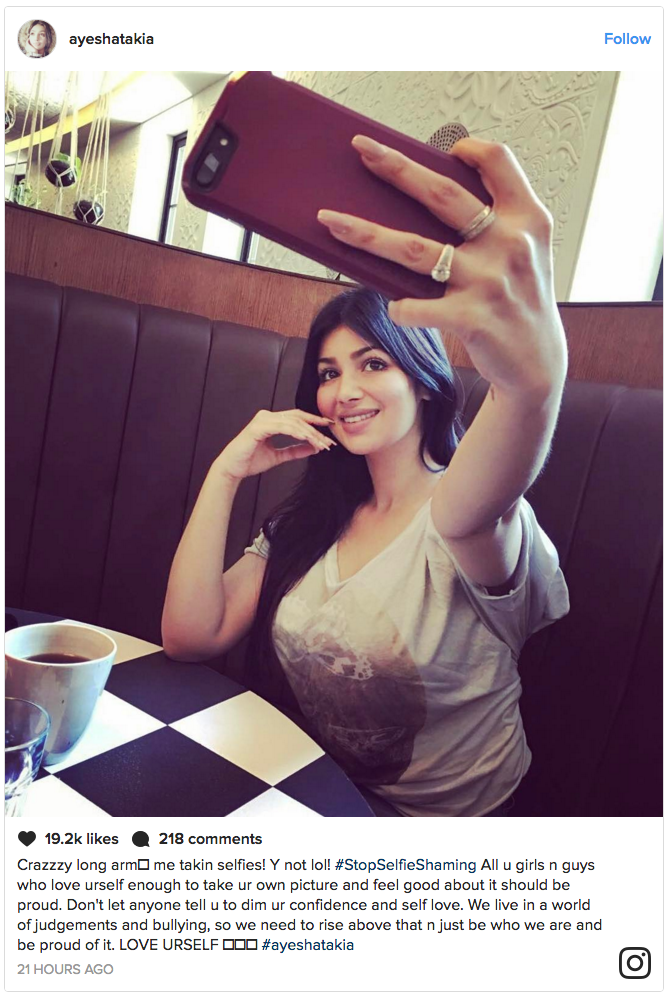 On the professional front, Ayesha will soon be seen in a private album song which is composed by Lovely Singh and it will be interesting to see how she looks on screen.