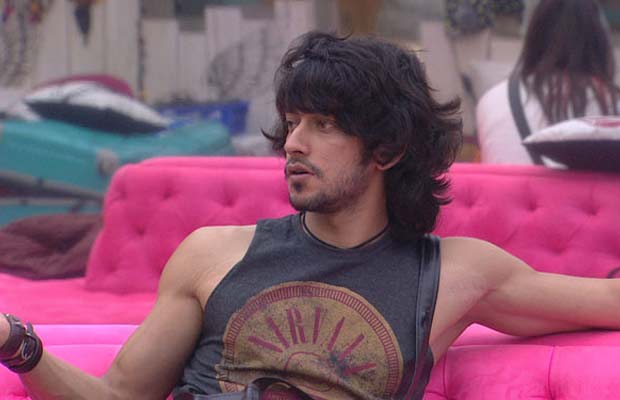 [tps_footer]After winning everyone’s heart and being the first runner up of Bigg Boss 9 season, contestant Rishabh Sinha is ridding high on success. The television actor has hit a jackpot by signing a Bollywood film ‘Ishq Vs Luv‘, as the protagonist.

After impressing the viewers with his straightforward attitude and honesty, Rishabh Sinha has bagged first film after Bigg Boss 9 to play the lead role in ‘Ishq Vs Luv‘, which is being produced by Arsalaan Khan. The handsome hunk will be seen opposite model Afroz Khan in the film. However, Ishq Vs Luv is not Rishabh’s first Bollywood film as he made his debut in Subhash Ghai‘s Kaanchi (2014), in a negative role.

Rishabh Sinha started his career with reality shows and then moved on to TV series like Ek Veer Ki Ardaas…Veera and Qubool Hai. Soon he became household name after his stint in Bigg Boss 9. Well, its quiet appreciable the way he entered Bigg Boss 9 show as wild card contestant and impressed everyone with his honesty and devil attitude in short a time.

Reportedly, post Bigg Boss 9 he was offered with many television shows and movies. In fact, he was rumoured to play the grown-up embodiment of king Ashoka, on Colors’ Chakravartin Ashoka Samrat, but the things didn’t work out right.

Well, reality show Bigg Boss is the biggest television show in India and is said to be a big ladder to enter make the career in Bollywood. From many, Rishabh Sinha has hit the jackpot! Well, now that he will be seen on the big screen, we wait to catch what the handsome hunk has in the store for the audiences.[/tps_footer]