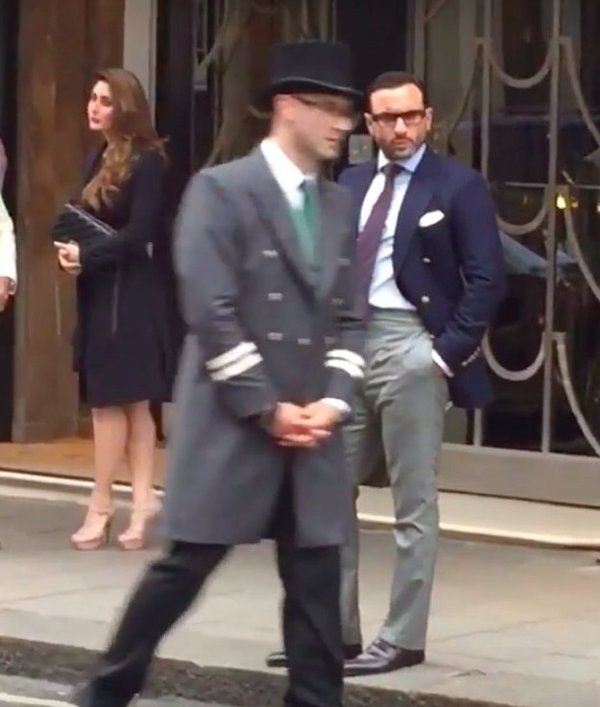 [tps_footer]Bollywood actress Kareena Kapoor Khan was in news as there were rumors saying she is expecting her first child. Later this week she confirmed that she is not pregnant.

She also confirmed that she is not trying to have a baby for at least next two years as she is busy with her films.

Saif Ali Khan was also very supportive of her decision and said that he is also not in a hurry to become a father again. He wants to wait till his wife is ready and there is no pressure at all.

The couple, Saif Ali Khan and Kareena Kapoor were spotted at Karan Johar’s 44 birthday bash and they looked stunning.

Seems like the couple is having some alone time in London. The couple was spotted out while they were out for a casual walk.

They were also spotted at Cladrige’s hotel in London before getting into their car.

Seems like they are having good time away from their hectic schedules in Bollywood.