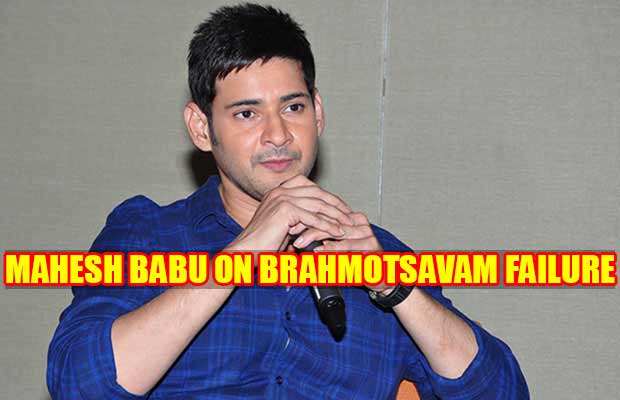 [tps_footer]South superstar Mahesh Babu‘s recently released film Brahmotsavam did not live up to his fans expectations. After Srimanthudu’s huge success, Mahesh Babu’s fans were very much excited for his next Brahmotsavam but the film failed to impress the audience. Fans instantly expressed their anger over film’s failure at the Box Office. Well, Mahesh Babu has finally reacted on the same and has said that he wants to take full responsibility for the failure of his film.

“I don’t think the director has to be blamed because I take the full responsibility for the film’s failure. A film might work or not work due to many reasons. It was my decision to pick the director and I think my judgment was wrong,” Mahesh Babu told a news portal.

Well, we think if anyone has to be blamed then its Mahesh Babu, who it seems did not go through the film after the final version of the film was edited. Equally, director Srikanth Addala is responsible for not focusing on direction, screenplay.