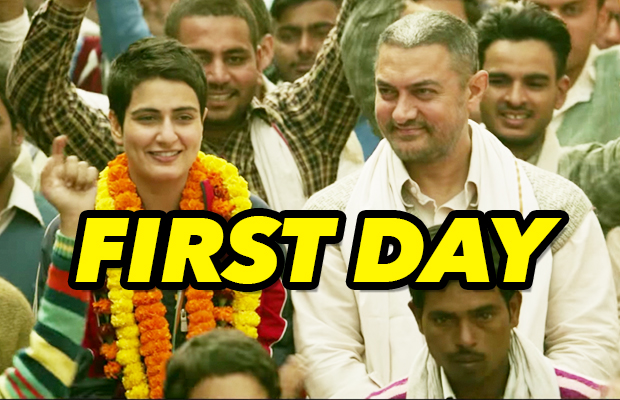 Aamir Khan’s much-awaited film Dangal, which is the last major release of the year, has finally hit the screens today. The film is making the right noise since its inception and has created immense anticipation amongst the audience. The movie has been receiving a lot of appraisals right from its trailer launch. In fact, the songs of the film have also connected better with the audience and have received a positive response.

Dangal is based on the life of ace wrestler Mahavir Singh Phogat and the journey of his daughters Geeta and Babita Phogat. The film is mainly based on wrestling and on how a father leaves no stone unturned to craft his daughters to become wrestlers at an international level.

Well, Aamir Khan is known to dominate the Box Office and it is expected that Dangal will break many records. The genre of the film is not only meant for multiplexes or for single screen audience, Dangal is a real Hindi film for the wider audience across the country.

Dangal has released today at the Box Office and has taken a good start with around 55-60% occupancy. Dangal has got the best opening of the year after Salman Khan’s Sultan. Sultan had witnessed the opening of around 70% and being pre-Eid release, the film had a huge advantage.

Aamir Khan’s Dangal has managed to draw the audience in the big cities than small cities. Being a family drama film, Dangal is expected to show a huge growth on the weekend. Now it remains to see if Dangal can rule the Box Office on this Christmas and New Year holidays.