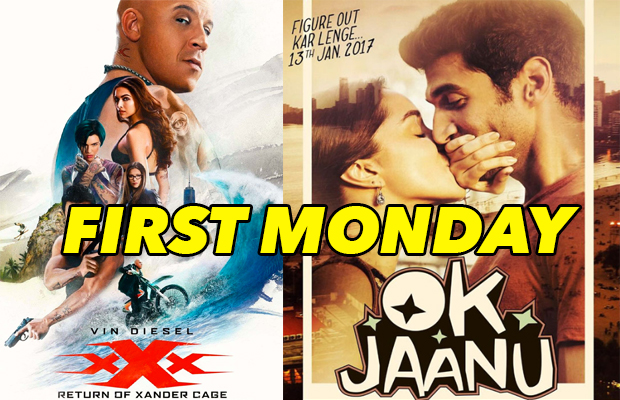 Well, both the films have been in the limelight and so, the collections at the Box Office were expected to be huge. Both OK Jaanu and Xander Cage have turned out to be disappointing on it first Monday at the Box Office. OK Jaanu witnessed a big drop of 50% on Monday while Deepika’s Xander Cage has also flopped at the Indian box office.

On the other hand, Deepika Padukone’s Hollywood debut film Xander Cage opposite Vin Diesel has witnessed bad Monday. The film collected Rs 6.25 crore nett approx on Sunday with Monday collections dropped badly. Xander Cage collected Rs 2.50 crore (25 million) nett approx on its first Monday, taking the total collection to Rs 17.75 crore (177.5 million) nett approx. The collections of the film are surely not huge as expected but the film has got victory only as it has beaten OK Jaanu at the Box Office.