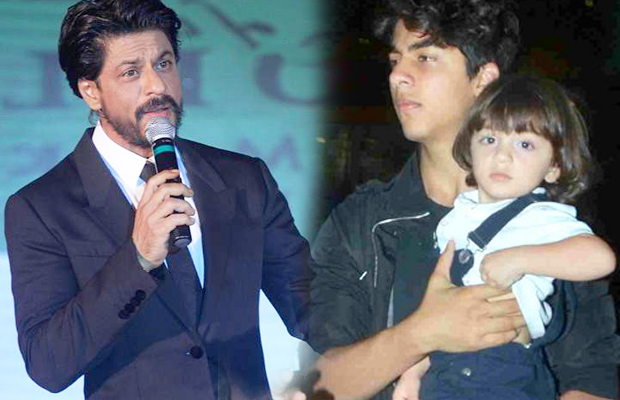 After the inhuman Bengaluru molestation case, a lot of actors and prominent personalities have taken to social media to express their disgust. Many film personalities have time and again spoken strongly against women exploitation and Shah Rukh Khan is one of them.

He has never taken a step back from speaking up against such issues and giving his opinions strongly in public. He vehemently condemned the recent Bengaluru mass molestation case. And he applies the same sternness when it comes to the upbringing of his two sons – AbRam and Aryan – Shah Rukh sticks to his words.

In a recent interview to Femina, Shah Rukh said, “I tell Aryan and even AbRam to never hurt a woman. If you do, I’ll behead you. And no, times have not changed. A girl is not your chhadi-buddy; show some respect.”

He even asks Aryan to not address a girl using ‘tu-tadak’. “Tu pizza le aa, tu idhar aa is not how you address women. Show some respect“, he said.

This philosophy is not just restricted to his personal life, but he tries and imbibes it in his professional life too. He “refuses to work in films where women aren’t respected“. Citing a personal incident from the sets of Jab Tak Hai Jaan, he said, “Adi (director Aditya Chopra) and I always have fights over dialogue where I’m supposed to say to my mother in Punjabi, ‘Tu kya kar rahi hai.’ How can I address my screen mother with ‘tu’—but they forced me to in Jab Tak Hai Jaan“.

In the same interview, the superstar has spoken about his idea about Feminism. “If being a feminist means equality, then I’m not one. I believe women should be more than us. If you’re looking at being equal to us, your aim is too low—you’re belittling yourself. From creating life to taking so much shit in your daily life and using it as your strength—the simple act of boarding a local train, being leeched at, not getting a job because of your gender—it’s shocking how much a woman has to take every day,” Shah Rukh Khan says.

Professionally, Shah Rukh will be next seen in ‘Raees‘ alongside Pakistani actress Mahira Khan, which is all set to release on January 25.