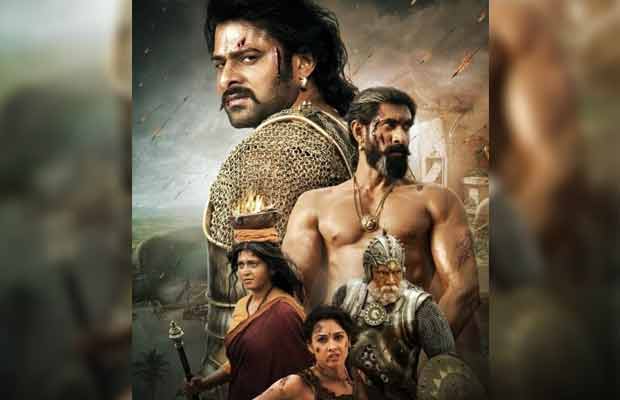 SS Rajamouli’s Baahubali 2 – The Conclusion has released today at the Box Office with expectations of taking the biggest opening day ever on a non-holiday.  The film had already taken the biggest advance ever with pre-release collections of around Rs 30 crore at the Box Office and broke the previous record of Salman Khan’s Sultan of Rs. 21 crore net, which had a five-day weekend.

However, if we look at the other films, which were non-event affairs and still opened big, Baahubali 2 is surely going to hit sky considering the craze surrounded for the epic saga. In fact, ‘Baahubali: The Conclusion’ has already set a new benchmark with its majesty even before its release.

Baahubali 2 has witnessed a massive opening of around 75-80% and is the biggest opening so far in the last 10 years. The film has created havoc in all the cities of the country. The epic saga received bumper opening and has conquered the unexpected markets like Punjab, Delhi, and West Bengal, where South Films usually don’t work.

The film is expected to break Hindi version record as the other versions of the film are limited to only South.  The South versions have opened to an earth-shattering response with practically 90-100% occupancy in all the states including Nizam / Andhra, Tamil Nadu, Karnataka or Kerala. Even, the overseas market is all set to shatter records at the Box Office and is looking for $20 million-plus weekend.

What happens on Saturday and Sunday should be extraordinary. All said and done, it would emerge as the biggest Box Office earner of 2017, till Salman Khan’s Tubelight arrives on Eid.

After years of wait, the second installment to the Baahubali series has hit the theatres. It’s going to be bigger, better and grander.  Directed by S.S Rajamouli, Baahubali 2 – The Conclusion has released in the cinemas today, on 28th April 2017.

Watch: EXCLUSIVE Bahubali 2 Interview-Prabhas Speaks About His Experience On Set