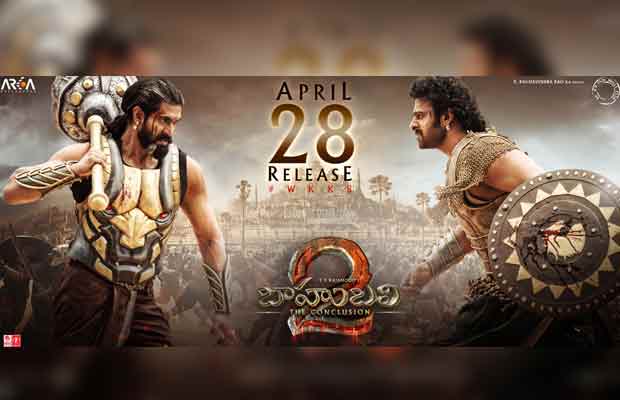 The worldwide mania begins! The biggest and the most awaited film of the year, Baahubali 2: The Conclusion has finally released today at the Box Office. The craze surrounding the release of the film was quite huge and like never before. For the first time in the history of Indian Cinema, all the shows for the first day were full. The film had done highest pre-release ticket sales ever. Yes, the film had sold one million tickets in just 24 hours. Such mania and hysteria is being witnessed.

After Baahubali: The Beginning, can Baahubali 2 be labeled as the turning point in Indian cinema? Could the film amaze the audience with its larger than life direction and brilliant characters? Well, going by the live tweet reviews by the audience, its seems the high budget film has lived up to the audience expectations

With so much of anticipation and positive reviews, Baahubali 2 is no short of creating another landmark in the history of cinema. What do you think? If you planning to watch the film, take a looked at the first day first show tweet review and decided yourself.

Here’s how audience has reacted after watching Baahubali 2: The Conclusion.

Top notch elevation scenes….no other hero can get dis typ of elevation through each nd every single frame…. #BaahubaliTheConclusion

#BaahubaliTheConclusion is a phenomenal movie. Hats off to Director @ssrajamouli and his team for creating this piece of art. #FDFS #630AM pic.twitter.com/DExjF3T46n

#Baahubali1 is 1000 times better than #Bahubali2. Part 2 is a genuine SHIT. #BaahubaliTheConclusion

Once in a lifetime theatrical experience and I’m proud to say it’s a Telugu film.Take a bow @ssrajamouli #Baahubali2 #BaahubaliTheConclusion

Best ever in Indian cinema! No words to describe! Hats off to rajamouli and his team! @ssrajamouli sir ??#BaahubaliTheConclusion

.@ssrajamouli None could have justified the titular role other than #Prabhas .Valor & magnanimity portrayed splendidly.#Baahubali2 #BaahubaliTheConclusion

Not even a single dialogue​ for Tamanna#BaahubaliTheConclusion