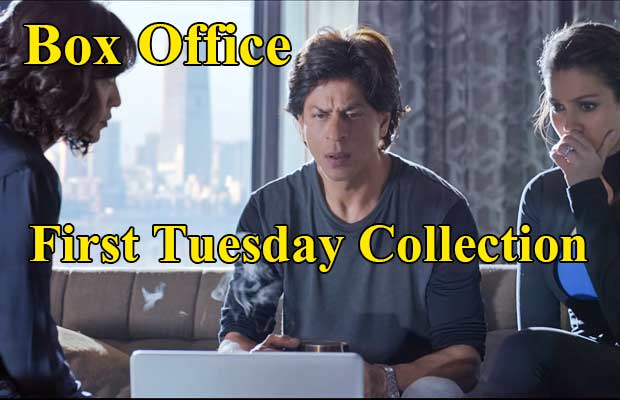 [tps_footer]Shah Rukh Khan starrer film ‘Fan’ is gaining applauds for its concept and performances. However, the film which is being termed not for the masses is falling short of collections in the weekdays. The movie opened on a high note on the first day of its release and then kept deteriorating in terms of box office collections.

The film has received high critical acclaim and the reviews are also top notch. But with a performance oriented take, the movie could not impress the mass audience. The film is directed by Maneesh Sharma and revolves around the concept of a superstar and his biggest fan. The much in limelight film has no songs which is a surprising fact being a Shah Rukh Khan starrer movie.

The total collection for ‘Fan’ comes to Rs. 63.25 crore net approx. The weekdays will further see a drop and the film is expected to cross the mark of Rs.70 crore. Now whether the collections improve in the upcoming weekend only time will tell.[/tps_footer]