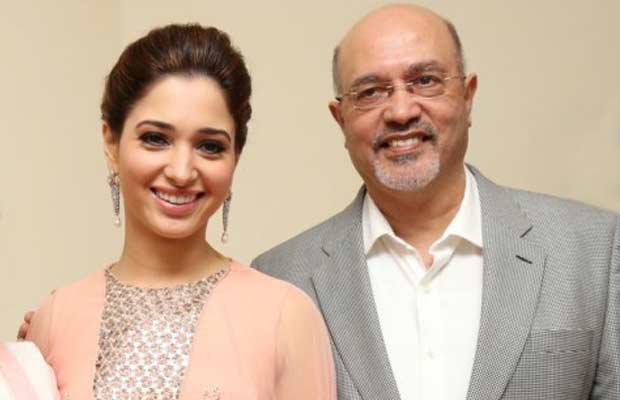 [tps_footer]There are a lot of headlines stating that the South Industry sensation Tamannaah Bhatia will leave her acting career because she wants to get married and enjoy her family life. But, now all these media reports are rubbished by her father. He didn’t say much about Tamannaah’s marriage plans, but he said she won’t be leaving the industry and she won’t ruin her acting career.

Tamannaah’s father Santhosh Bhatia who is a diamond merchant is also handling Tamannaah’s acting career and he will surely know more about his daughter than what any media person will know. But, we still wonder where the rumors came from if there is no truth in them. We were unhappy to know Asin Thottumkal Sharma’s official statement for not signing any new projects and bidding a goodbye to her acting career post marriage. Now, we still need to know if that is a permanent break or a temporary one but along with this news, we got another heart aching news of Tamannaah getting married soon and has decided to quit film industry.

Reportedly, Tamannaah’s father has rubbished the news and he didn’t give a confirmed ‘yes’ for her marriage plans with her alleged boyfriend who is a computer engineer. But, Tamannaah’s father certainly wants his beautiful daughter to continue with her career in South and Bollywood. Right now, Tamannaah is shooting for Dharmna Durai and she also has a Hindi-Tamil-Telugu trilingual in her kitty where she will work with Prabhu Dheva and Sonu Sood. Later, she will be part of the epic blockbuster ‘Baahubali: The Conclusion.’

It’s also reported that she will be part of Rohit Shetty’s next and for the first time we will see Tamannaah sharing the screen space with our super fun loving Ranveer Singh. This movie is slated for 2017 but it looks like Tamannaah has really big and good projects for her future and even if she is planning to get married, she should avoid the thought of ending her successful acting career.