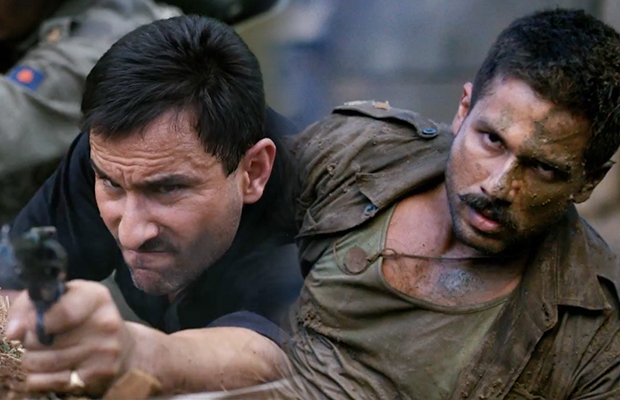 The much-talked film Rangoon starring Kangana Ranaut, Shahid Kapoor, and Saif Ali Khan released on Friday, February 24th. The film, which is set against the backdrop of the Second World War 2, was high on promotions but the same could not result best in the collections at the Box Office. Rangoon started with a low opening and has stayed same even in its first weekend. The film was expected to find the momentum on Saturday and Sunday at the Box Office.

Going by the collections, Rangoon might end up with lifetime business similar to Shraddha Kapoor and Aditya Roy Kapur starrer Ok Jaanu. Despite Rangoon being a bigger film in comparison, the results of the are guessed to be similar to OK Jaanu, which is quite disappointing.

Rangoon has opened to approximately 1800 screens across the India and the film has received mixed reviews from the film critics as well as from the audience. Though the film is being heard and talked about everywhere, Vishal Bhardwaj’s Rangoon could not create wonders at the Box Office