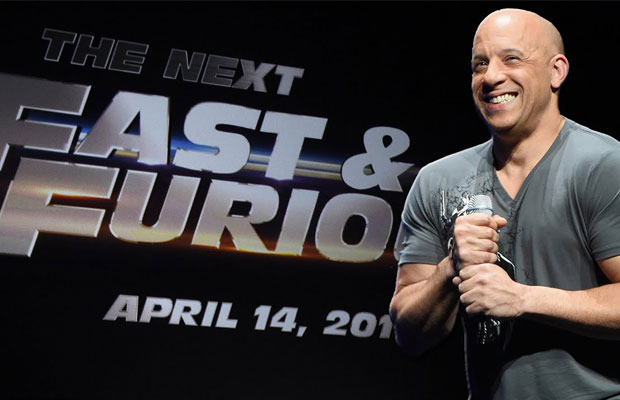 The much-awaited Hollywood film, Fast And Furious 8 has released at Indian Box Office.
The ‘Fate of the Furious’ aka Fast And Furious 8, the biggest Hollywood franchise, has opened across India today, on April 12. The release of the film took place today post 3 PM in India. However, the film will release a day after tomorrow in the US i.e. on Friday. The Indian audience has got the opportunity to witness the biggest franchise on the screens even before the release in the USA. Despite the release post 3 PM, the occupancy is expected to be high and will give a push to the collection.

However, the release of the film could have been on Thursday evening as there is no holiday tomorrow except for Vaisakhi in Punjab and Haryana while Friday is a holiday across the country for Ambedkar Jayanti and Good Friday.

The 7th installment of the Fast & Furious franchise had broken all the records in India set by any Hollywood film so far. The film had minted around Rs 48 Crore (480 million) in all languages at the Box Office. Furious 7 broke Hollywood film The Amazing Spiderman 2‘s opening record at the Box Office in India by earning around Rs 12 Crore (120 million) on its first day. Furious 7 had broken all the opening weekend records set by any film, be it Bollywood or Hollywood in 2015 in India.

The Hindi version of the film is all set to release on Friday along with Vidya Balan’s Begum Jaan but there are very less possibilities that the film can stand up to Fast & Furious 8 unless reports are very bad.

On Monday, the censor board offered Universal Pictures a ‘UA’ certification after verbal cuts and two scenes were chopped off. When asked about the multiple cuts in The Fate of the Furious, CBFC chairperson Pahlaj Nihalani explained, “We gave them an option of an ‘A’ with no cuts. They preferred ‘UA’ with cuts. Also let me remind you that the British censor board doesn’t entertain cusswords and profanities at all. They were shown a different version of the film with all the abuses removed. In India we are supposed to hear all the expletives and pass them too, if possible.”

The film is the eighth installment in The Fast and the Furious franchise and stars Vin Diesel, Dwayne Johnson.