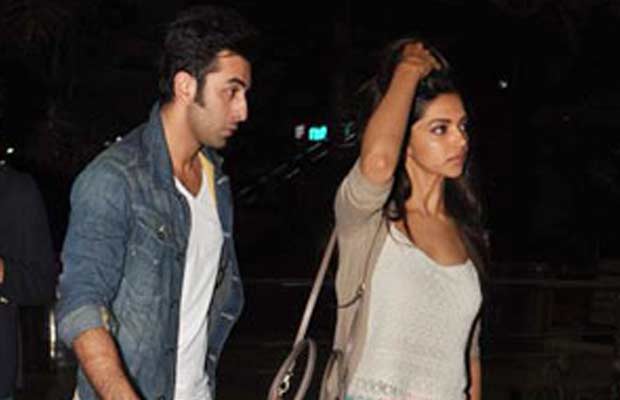 [tps_footer]We have seen the growing closeness between Katrina Kaif and Salman Khan after Katrina‘s alleged break up with Ranbir Kapoor. And even our lover boy Salman Khan doesn’t miss out on being in touch with Katrina and always finds a reason to meet her. It’s been reported recently that Katrina is looking forward to move in a new flat in Bandra, close to Galaxy Apartment. Wonder what Lulia has to say on this ??? And is this growing closeness between Salman and Katrina going to last long or again some other rockstar will take her away??

Reportedly, “Deepika, who is shooting for her Hollywood debut, ‘xXx: Return Of Xander Cage,’ in Canada, landed in the city on March 18, 2016, and is expected to fly out to Sri Lanka for a friend’s wedding. However, the report stated that Deepika visited Ranbir’s flat late evening and two headed to the terrace and were seen chatting with each other. Looks like after his alleged break-up with Katrina, Ranbir is trying to find solace in his former flame. We wonder if DP’s boyfriend, Ranveer Singh, who is currently in Dubai for TOIFA, is aware of who his ladylove is spending time with.”

So, Katrina is happy with Salman Khan‘s company and Ranbir Kapoor is enjoying all the attention from his ex-flame Deepika Padukone who couldn’t stop from meeting him. Dear Bajirao, Ranveer Singh, don’t get too occupied with work, Mastani Deepika has a lot of admirers. And it’s also said that we may get to see Deepika Padukone and Ranbir Kapoor again on silver screen in a Sajid Nadiadwala movie, but that will take a lot of time to go on floors.[/tps_footer]