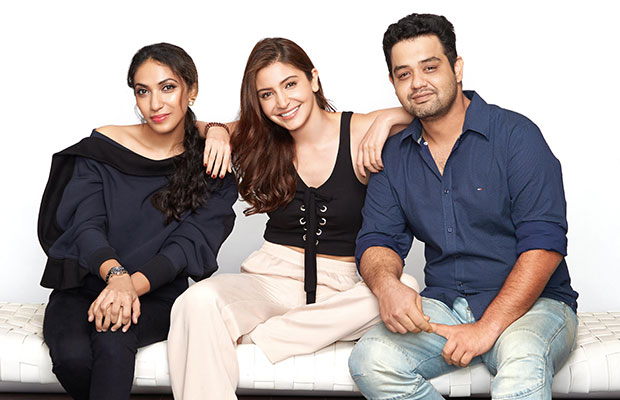 Anushka Sharma and Karnesh Sharma’s vision of making content led cinema that engages and enthralls the audience, has not only brought them critical acclaim but also super success in their projects. From their first production, the gritty thriller, NH10 (2015) to their latest high concept family entertainer, Phillauri, the brother-sister duo of Clean Slate Films has pushed the envelope in creating relevant, entertaining and engaging cinema across genres with not just stories that stand apart but also execution par excellence in all departments of film making- music, direction, Vfx, etc.

And, they are at it again!

Fresh off the success of Phillauri that released on Mar 24th, Clean Slate Films has moved onto their next production, which will be co-produced with KriArj Entertainment.

The yet to be titled film, a love story will go on floors this summer and will be shot in Kolkata & Mumbai.

“At Clean Slate our endeavour is to tell stories that are not only meaningful and different, but also push the boundaries. This film, a new journey, is yet another step in that direction,” says Anushka.

After the success of Rustom, KriArj Entertainment next is again with Akshay Kumar – Toilet Ek Prem Katha. Taking a step forward from these exciting projects, they will also partner on multiple films with Clean Slate Films. This, yet to be titled love story, will be the first in that slate of films. Also KriArj is collaborating with Kyta Productions for this venture.

Arjun N. Kapoor, co-founder of KriArj Entertainment “Prernaa and I are extremely delighted to start our association with Clean Slate Films. Anushka is not only a powerhouse performer but also a very sensible producer. The passion, which she and Karnesh bring into their films, is something that we too identify with at KriArj. We are certain that our partnership will create content that will further the reputation of our young companies and stand out from the crowd”

“This film marks the beginning of our association with KriArj who share our vision to create engaging, content led cinema. We look forward to a long-term association with them. Right now, the team is excited and looking forward to going on floors this summer,” adds Karnesh Sharma of Clean Slate Films.

KriArj Entertainment will collaborate with Kyta Productions on multiple ventures and the association of these two companies will kick start with this joint production with Clean Slate Films.

Ajay Kapoor of Kyta Productions says, “It is our pleasure and a matter of great creative satisfaction for us to associate with like-minded people who believe in the power of content in film making. At Kyta productions it is our endeavour to produce cinema par excellence and excel in it.”

Zee Music, the label ruling the roost in the Hindi film music has also come on board as the music partner on this film. Anurag Bedi of Zee Music, “We are excited for this partnership and super charged up for this upcoming venture with Clean Slate Films & KriArj Entertainment”.