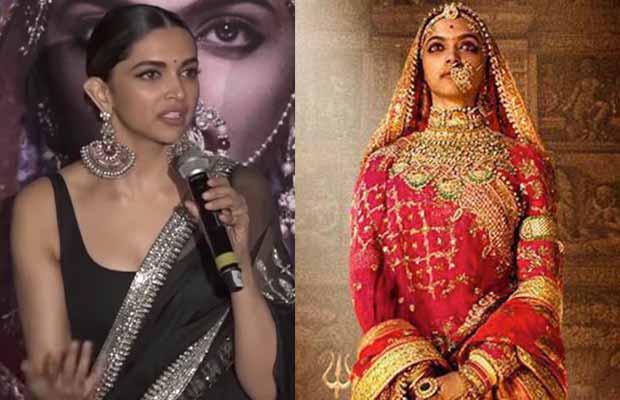 Time and again Karni Sena has been targeting Deepika Padukone for being a part of the film Padmavati.

The film Padmavati is so close to its release and hence the members of the Rajput Karni Sena have increased the violence. Also, there is a constant string of bitter words aimed at the star cast of the film, specially Deepika Padukone, who is the main lead of the film.

Earlier, a member of Karni Sena had openly threatened to chop off Deepika Padukone’s nose as he thinks that she has violated the Indian culture. Also the chief of the sena had called her a ‘bazaaru woman who dances for money.’ In fact, the sena has issued a prize money of Rs 5crores for anyone who beheads Deepika and Sanjay Leela Bhansali.

Now the actress has reacted at all such things. Talking to Mumbai Mirror, she says, “Well, at this point, as a woman, an artiste and a citizen of this country I feel angry, I feel let down and I also find it amusing.”

When asked if she is scared, she says, “I will never feel scared. Fear is not an emotion I have ever identified with.”

Calling it a film which India will be proud of Deepika says, “Yes, people are allowed to express themselves without having even seen the film. And having worked in the film, I can assure you it’s one film every Indian will be proud of. I’m glad we are showcasing Padmavati’s journey. Her story needs to be told not just to people in this country but across the world.”

Amidst such issues, the film has even been denied certification by CBFC saying that the makers presented incomplete documents!

Starring Shahid Kapoor along with Ranveer Singh and Deepika Padukone, Padmavati is slated to release on December 1, this year.