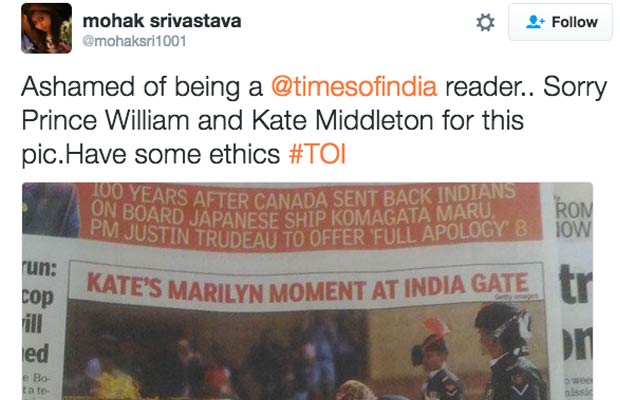 [tps_footer]After the much in limelight Deepika Padukone clea*age controversy, TOI has yet again landed in trouble for targeting Kate Middleton. The daily newspaper has been criticized many times for exaggerating minute incidents. A similar event took place when Deepika’s clea*age controversy made rounds all over the masses.

Kate Middleton and Prince William are on their maiden tour to India. Kate and William also visited the India Gate to pay respects to the soldiers. During the visit, Kate had worn a knee length flowing dress which became a bit cumbersome to handle due to the breeze. The newspaper carried the inappropriate picture as its front page article and received backlash for doing the same.

Many people on the microblogging site Twitter criticized the newspaper for carrying such a piece. Some of the tweets targeting the news piece are: 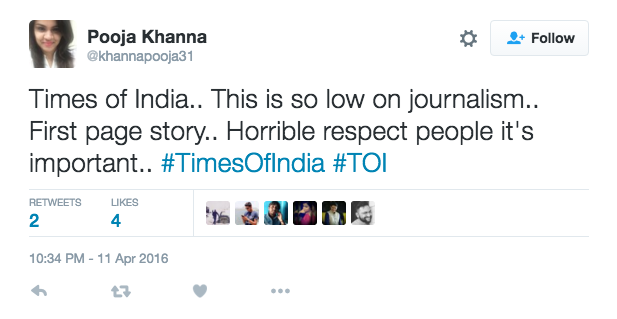 Also, the reason why women in India feel uncomfortable wearing skirts as a day to day attire. People ogle. #TOI ogles. Affirmation much? 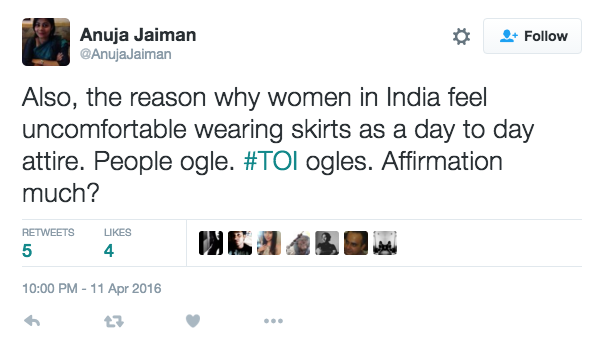 Ashamed of being a @timesofindia reader.. Sorry Prince William and Kate Middleton for this pic.Have some ethics #TOI 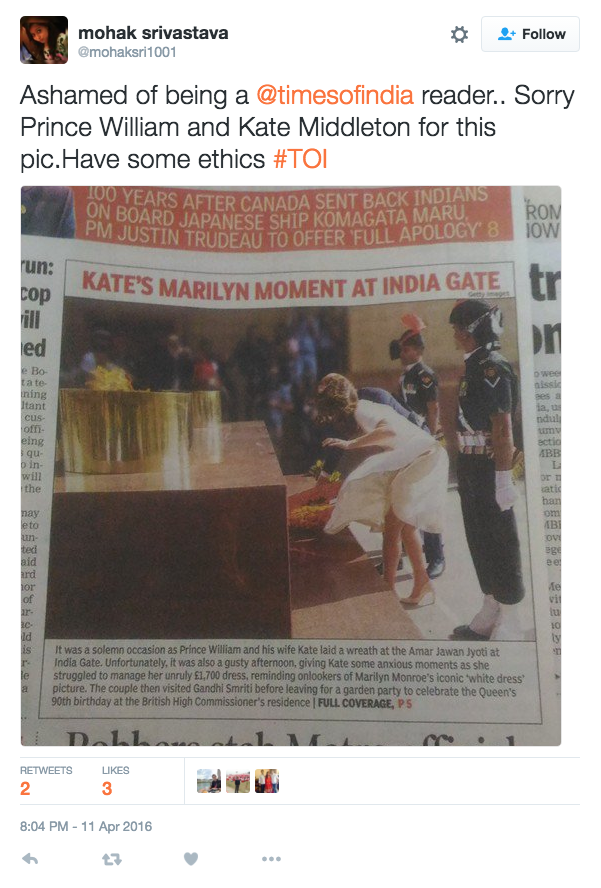 Don’t you get any other news…

Is it Times if India or Tharak of India ?#TOI

Out of the all, Kate’s Skirt becomes TOI’s Front Page News. #Shame #TOI 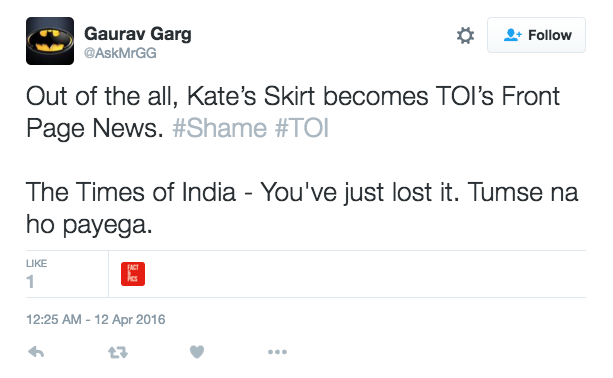 Seriously #TOI growup. How long do you plan on playing the #peepingtom? Time to go back to journalism basics.  #RoyalVisitIndia 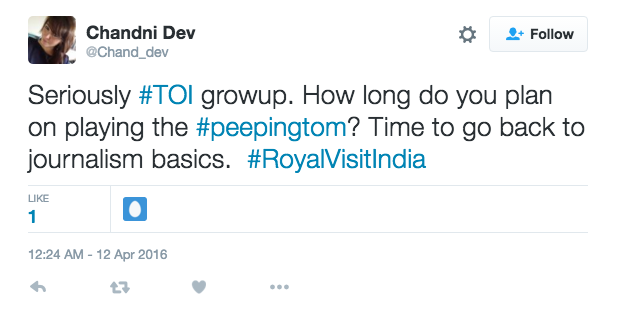 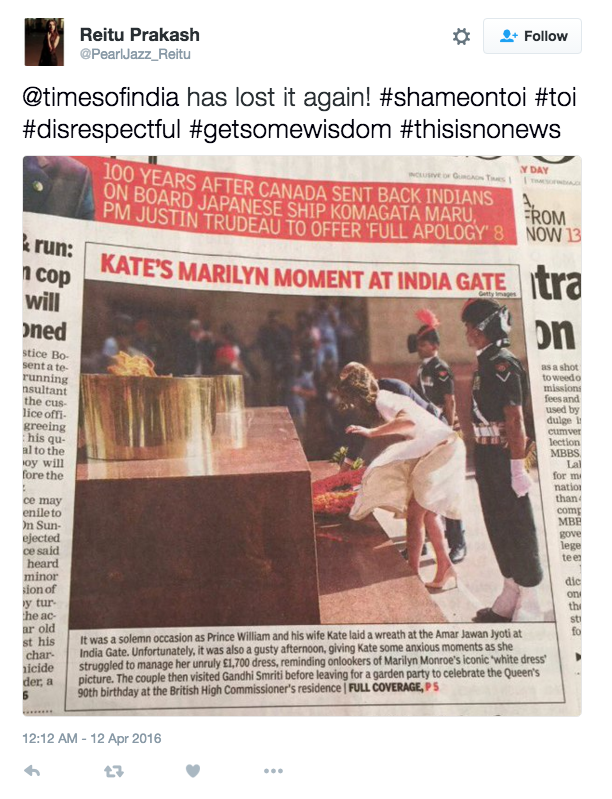 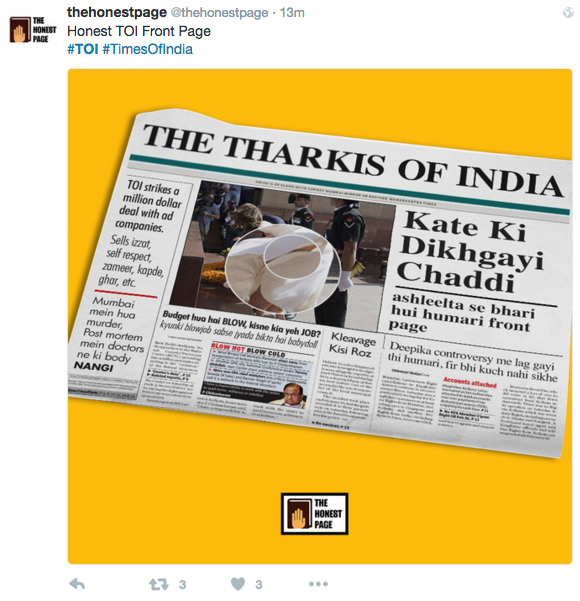 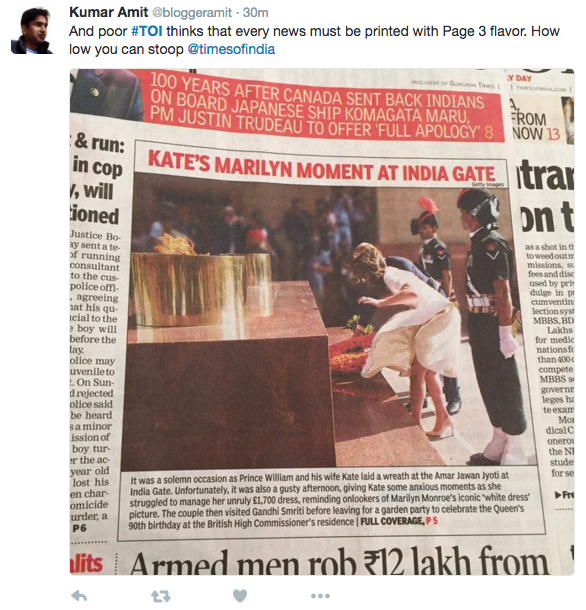 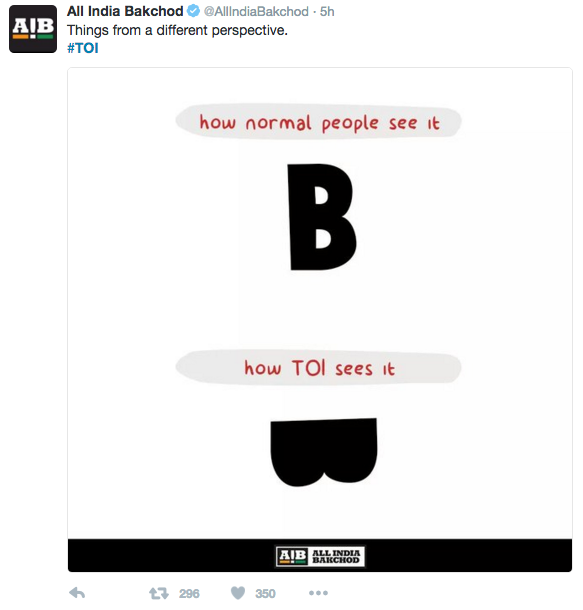