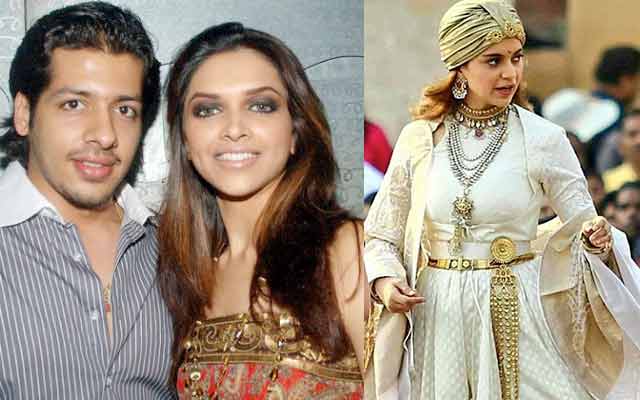 It is known to all of us that the Bollywood actress Kangana Ranaut is going to be seen in the biopic on Rani Lakshmibai, the queen of Jhansi. The film has been titled Manikarnika: The Queen Of Jhansi and the shooting for the same has already begun. It is also interesting to note that Nihar Pandya, who is an ex-boyfriend of Deepika Padukone, is going to make his Bollywood debut with Kangana’s film.

Earlier in July, while shooting an action scene with the actress, the young actor had accidentally hit on her forehead with an aluminium sword. It had resulted in a deep wound. Talking about the incident to a daily, Nihar says, “She’s a thorough professional. She is different as soon as the camera is on. I’m glad she treated the accident soo well and continued shooting. I was troubled more by questions thrown at me from the media. She was very accommodating and eased the situation down as it was a timing issue leading to the accident.”

He also talked about his role saying, “For me to debut as an iconic character of Bajirao the second (II) is challenging and exciting. To get every nuance of the character perfectly I underwent multiple acting workshops and an extreme makeover. The strenuous war scenes of the film required me to learn horse riding and sword fighting from Nicholas Powell, one of the best Hollywood action directors who has directed action on films like Braveheart, Gladiator and many more.”

The actor concluded saying, “I’ve just returned from Manikarnika‘s shoot in Jaipur and I’m looking forward to the next schedule.”