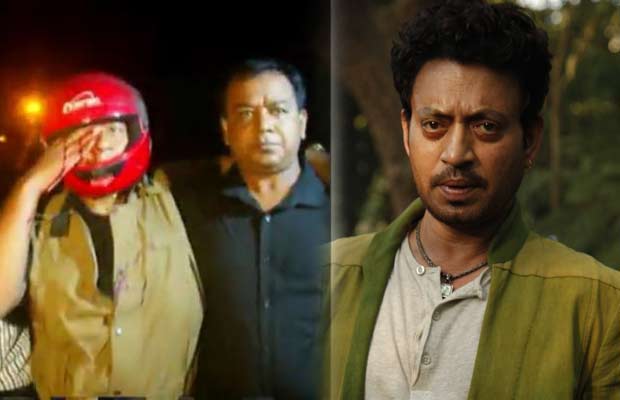 Actor Irrfan Khan who is straight forward to the core is never mum when it comes to giving honest opinions. The highly credible actor recently was in a trouble when he commented about Ramadan and Muharram. The Life Of Pi actor has now reacted for the Dhaka terror attacks.

On Friday night, a group of armed men entered the Holey Artisan bakery in Dhaka. This group then opened fire in the bakery shouting slogans of Allah. With gunshots and explosives and grenades 20 foreigners died in the attacks. Also, two police officials who were present to take control of the attack died. The terror group also took many people as hostages. The drastic attack lasted for around 10 hours till hostages were freed.

The terror attack at Dhaka has shocked everyone around the world. The masses are again shocked at the acts of the terrorists. With violence and gruesome attacks, the world peace is again at stake. Irrfan Khan has now slammed all the terrorists for giving a bad name to Islam and Muslims.

The dare devil star has expressed his condolences to the victims of the terror attacks. Moreover, the artist is also miffed at the terror groups for downgrading the image of Muslims and Islam.  Irrfan Khan took to the social networking site Facebook and wrote

“During childhood, our religion taught us that if your neighbour is hungry, then you shouldn’t eat without him. After hearing about the news in Bangladesh, I feel terribly hollow inside. For not knowing what’s written in the Quran, people were killed in the holy month of Ramzaan. An incident takes place in one place but Islam and the entire world’s Muslims are given a bad name.”

The post further expressed, “The foundation of Islam is peace, grace and feeling others’ pain. So should a Muslim person keep quiet and let the religion be insulted? Or should the Muslim person understand the meaning of Islam himself and help others understand that cruelty and committing massacre is not Islam. That is the question.”