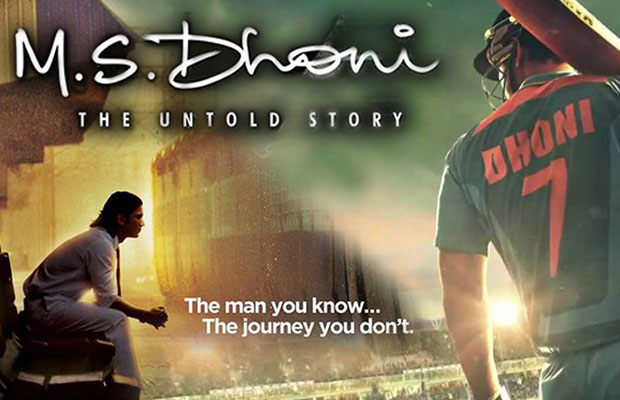 Recently, the skipper entranced everyone with his uber-famous helicopter shot as he graced the unveiling ceremony of the trailer of the movie based on him.

The trailer was launched in a unique fashion, by the cricket sensation, across 3 cities, Jalandhar, Delhi and Mumbai.

Dhoni’s presence swept the audiences with a sense of euphoria and they requested the ace cricketer to show his patent, helicopter.

The cricket sensation obliged the request of his fans and unleashed his splendid helicopter shot.

In fact, Dhoni just did not play the shot once; the captain cool showcased his helicopter shot thrice for his fans. After which the fans went into the frenzy, there was no limit to their exultation.

The trailer of the movie based on the cricket sensation has created a huge buzz and immense anticipation around the movie.

Sushant’s rendition of Dhoni is garnering accolades for the actor and he has clearly hit a six with his performance. The hard work the actor has put in for the movie is clearly visible in the trailer.