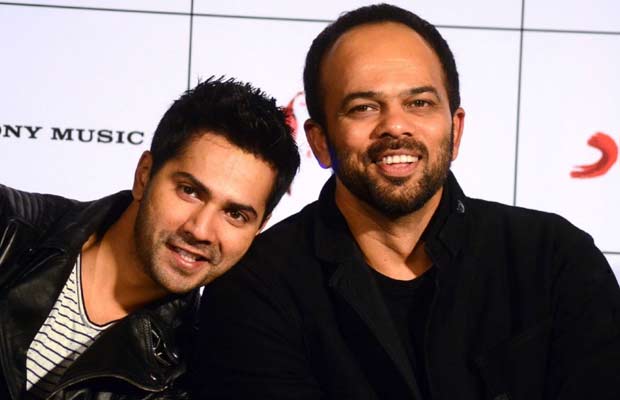 [tps_footer]Rohit Shetty’s last film ‘Dilwale’ was massive starring Shah Rukh Khan, Kajol, Varun Dhawan and Kriti Sanon. The filmmaker was also much in news for the remake of the film ‘Ram Lakhan’. Rohit who is always on the go with back to back projects has somehow paused his remake plans. Speculations suggest that ‘Ram Lakhan’ remake is jinxed like never before and all the actors who have been approached have replied with a negative.

According to rumors, the stars of ‘Dilwale’ were not very pleased with the collections of the film. Similarly, handsome hunk Varun Dhawan has now also displayed his feelings indirectly. Rohit Shetty who is called the hit machine might have to put aside the project of ‘Ram Lakhan’ as Varun has rejected the film.

The Golmaal director had approached Varun Dhawan for playing Anil Kapoor’s character in the remake, but the youngster has declined the offer. Speculations hint at the fact that Varun was not too happy with his portrayal in the film ‘Dilwale’ as he appeared to be a side character in the movie. On the other hand, Rohit had approached Ranveer Singh too, to be a part of the ‘Ram Lakhan’ remake, but the Bajirao Mastani star also backed out.

Now with no stars ready to join the remake Rohit has decided to give a break to the project. The director is soon going to continue with the series ‘Golmaal’ or ‘Singham’. Varun Dhawan has not yet confirmed that he has rejected the film, but the actor was much in news for his disappointment with ‘Dilwale’. Due to the stated instance, Varun has now decided to detach from Rohit Shetty.

With so many complications, the ‘Ram Lakhan’ remake surely has to wait![/tps_footer]