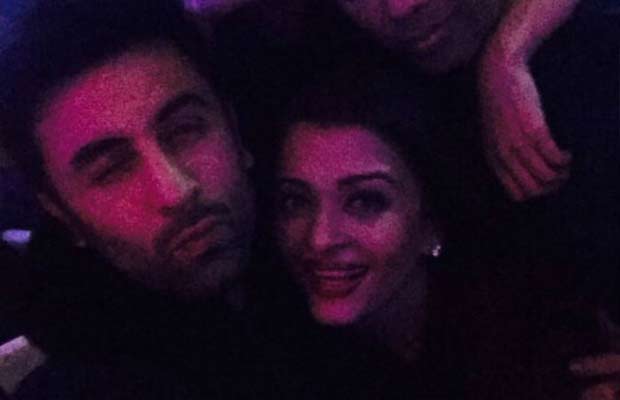 [tps_footer]Ranbir Kapoor will soon be seen with Aishwarya Rai Bachchan and Anushka Sharma in ‘Ae Dil Hai Mushkil’. The Karan Johar directorial film is much in news for its unique star cast. The much awaited film is still in its shooting schedule, but what has stolen the limelight is Ranbir and Aishwarya’s on screen pairing.

It was much in news that Aishwarya Rai is apparently not comfortable with doing intimate scenes with Ranbir Kapoor. However, the Tamasha actor has rejected the whole rumor. Ranbir who is looking forward to bring back his lost charm in the tinsel town has shared that for him it is like a dream to work with Aishwarya Rai Bachchan.

The Kapoor lad stated that he was an assistant on the sets of ‘Aa Ab Laut Chalen’ which starred Aishwarya in the lead role and he was extremely impressed by her since then. The highly talented star Ranbir went on to say that Aishwarya never behaved like a star, but always acted like a friend and therefore he was never nervous or star struck by her presence.

The handsome hunk Ranbir Kapoor who is much in news for his relationship status also shared his views on his on screen pairing with Aishwarya. The actor was heard sharing that he (Ranbir) and Aishwarya Rai Bachchan play each other’s love interests in the film and the movie ‘Ae Dil Hai Mushkil’ is a love trio.

The actor added that he is happy with the fact that people are looking positively at their on screen pairing and all the rumors have come to a rest.