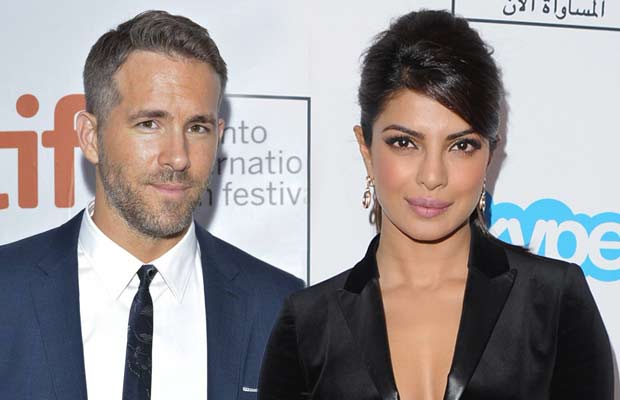 [tps_footer]Hollywood actor Ryan Reynolds is gearing up for his major movie this year titled ‘Deadpool’.  The movie is based on Marvel comics and it the first Marvel movie to get an adult certificate. The actor has been promoting the movie in full swing- press meets, fan meet ups and etc.

In an exclusive interview with Mumbai Mirror, the Hollywood star spoke about his upcoming movie, watching Bollywood films and Priyanka Chopra, ofcourse.  Ryan talked about his take on the Bollywood films and confessed on watching the films. He said “I love how vibrant Bollywood is. I’ve seen a few films but I can’t remember titles. They are so attractive and alive.”

Priyanka Chopra, who is going places with her Hollywood show ‘Quantico’, has impressed Ryan Reynolds. The ‘Deadpool’ star seems to be pretty impressed by our Desi girl and had some interesting things to say about her. He said “I have not seen her show (Quantico) but I’ve seen her interviews and she is charming, funny, and smart. She’s got a huge following and is doing great. I would love to work with her. I can see why she is a big star.”

Who isn’t smitten by her charm and personality, right? We would love to see Ryan and Priyanka in a movie together.

During the interview, Ryan mentioned that his wife Blake Lively has visited India and he showed keen interest in visiting Goa with his family in future.

Directed by Tim Miller, ‘Deadpool’ has raised the excitement amongst the fans with their hilarious action packed trailers which will get a lot of cuts in India because of A rate. It also stars Morena Baccarin, Ed Skrein, T. J. Miller, Gina Carano in pivotal roles. The film releases in India on February 12, 2016.[/tps_footer]