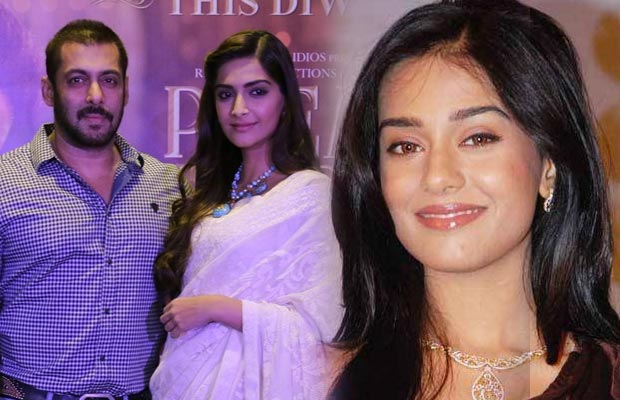 It was said that Amrita was offered the role of Salman’s sister in PRDP but she rejected it as she didn’t wanted to play negative role and reportedly the role was then offered to Swara Bhaskar. As we all know Vivah actress Amrita Rao is very choosy about her roles and has preferred to play soft characters that suit her personality, but this role was never offered to her.

In Exclusive interview with us, Amrita Rao has trashed all the rumours that says she had rejected Salman Khan’s PRDP. Surprised with the rumours, Amrita says, “No, okay I think honestly you should be asking this question to Sooraj ji, Salman Khan because I really don’t know where this rumours came from. I was just not so pleasantly surprised hearing that rumours. Barjatya’s are so close to me and are family to me, am not happy to find such rumours about it.”

In conversation with us, Amrita was also asked whether she would love to work with Salman Khan if she was ever offered sister’s role. To which she replied saying, “Ya if it’s a role like Hare Rama Hare Krishna that starred Dev Anand…such brother-sister kinds of roles, then I don’t mind. I don’t think otherwise.”

Well, its crystal clear that Amrita Rao was never offered PRDP and that it makes no point of her rejection for the film. But she is surely looking forward to watch the film at Jaipur where she will be shooting for her Jaipur Jewellery Show with NDTV Good Times channel.

Amrita said, “definately I will watch the film, in fact if I am in Jaipur, I would watch it at Raj Mandir which is also owned by Sooraj ji’s extended family, I would love to experience that.”