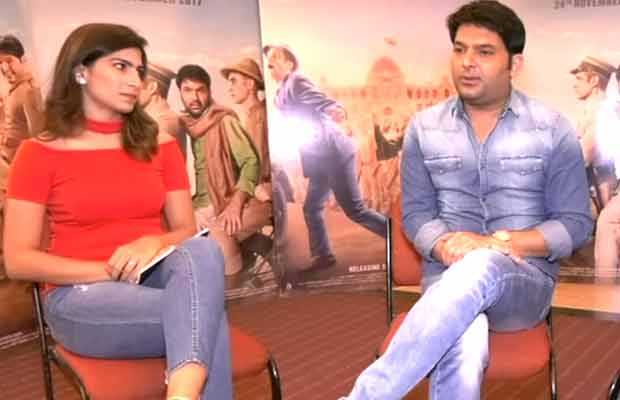 Kapil Sharma in an exclusive chat with Business Of Cinema.com, reveals about his mom’s debut in his upcoming film Firangi, his comeback on TV and much more.

Comedian star turned actor Kapil Sharma will be seen back on the big screen with his upcoming film ‘Firangi’ that is releasing on November 24. As soon as the trailer of the film was out, it created rave across India and world.

With Firangi, Kapil has a special offering to his fans. Firangi, also feature Kapil’s mother Janak Rani, sister Pooja Devgan, sister-in-law Muskan Punj and his nephew. When asked about his Mom’s cameo in Firangi, Kapil shared that how excited his mom was to be a part of the film that she was sitting on the sets three days prior in her outfit.

As seen always, Kapil Sharma was in the happy-go-lucky mood while giving interviews to media. Despite giving back to back interviews since morning, the comedian star showed no signs of tiredness. The extreme workload had taken a toll on his health last month but nothing looked like.

In fact, he was having a good chat with media even off-camera. His rib-ticklers just upped everyone’s mood around, which usually doesn’t happen with others stars of B-town.

In an exclusive chat with BOC, Kapil shared about his challenging role, his family making debut in the film, his comeback on TV and much more.

Produced by K9 Films, Firangi is written and directed by Rajiev Dhingra!