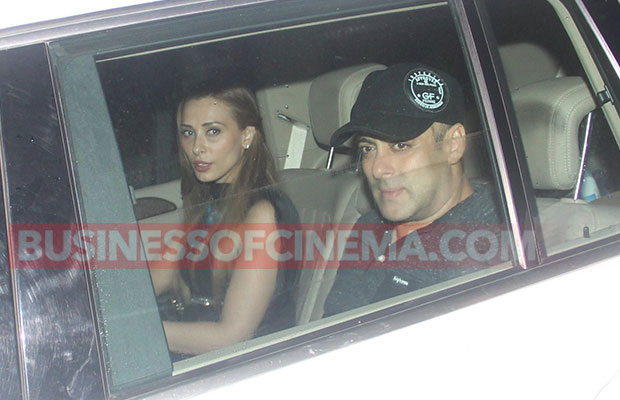 We all know Bollywood actor Salman Khan has that passion for singing. The soothing tone of Salman gave a life to the beautiful love song, “’Main Hoon Hero Tera”. The actor tried his hands on signing again for his recently released blockbuster film ‘Sultan’. Even his girlfriend Iulia Vantur sang “Baby Ko Bass Pasand Hai” duet with Salman. And guess what?

We EXCLUSIVELY reveal that Iulia Vantur is going to sing the female version of “‘Main Hoon Hero Tera” from Sooraj Pancholi and Athiya Shetty’s film Hero. Yes, you read that right! A source revealed to us saying, “Iulia is going to sing Main Hoon Hero Tera with T-series. Salman Khan will not be a party of the music video. The highlight of the video will be only Iulia Vantur.”

Now that’s some interesting and believe us, we surely can’t wait for this! It will be amazing to hear Iulia Vantur singing that same romantic song that was sung by Salman Khan. The video was loved by everyone and had received record breaking views.

On a related note, the source also revealed that Salman Khan will not promote Iulia’s song. “Salman does not want to promote or be a part of any promotional activity for Iulia’s song,” said the source.

Well, even if Salman would not be a part of  it, the hype and the excitement for Iulia Vantur’s upcoming song will be same.

Share your views on the same in the comments section below!