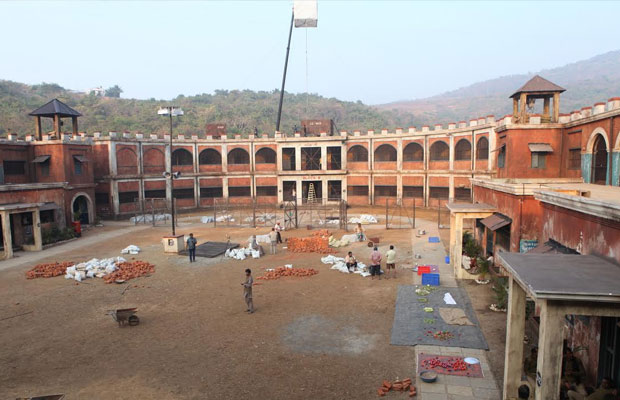 The 2-acre set is designed to recreate Lucknow jail on such a huge landscape.

The man behind this larger than life set Amit Ray took it up as a challenge. ‘This is going to be interesting’, he told himself before taking to the drawing board.

A great amount of research went into recreating a jail. Says Ray, “Nikhil Advani (producer) said he wants to make the jail look huge and scary.

The makers kickstarted with the layout, drawings and fashioned a few 3D models.” It took around three months to build the set from scratch. “A lot of technicians doubted us. The biggest challenge was to make the jail look completely different from what one has seen in earlier Bollywood films.

Amit Ray feel really happy that our efforts have paid off. Whoever has seen the set has been complimenting us for the precision and detailing.

Audiences are keen on watching Farhan through this amazing movie lined up on his kitty.