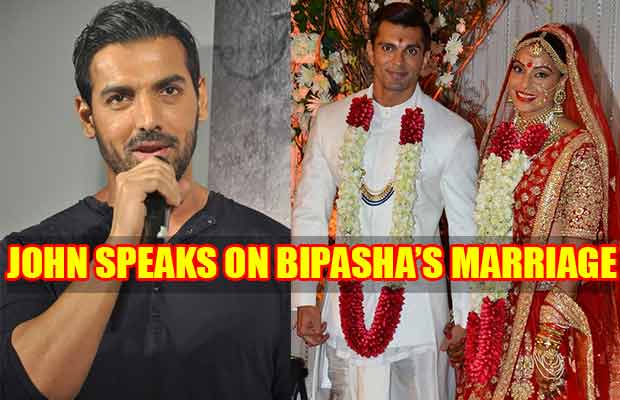 Well, the ex-couple has moved on, while John is happily married to an NRI Banker Priya Runchal, Bipasha Basu is enjoying her newly married life with Karan Singh Grover. John had moved on a long back and is now happily married to Priya but the questions on his ex still keep haunting him.

Recently, John was asked about his ex Bipasha Basu’s wedding with KSG. John was all calm and relaxed and wished all the best to the happily married couple. Well, it seems John has no grudges for his ex Bipasha and has finally let bygones be bygones. All’s well that ends well!

On the professional front, John will be seen in his upcoming film Dishoom, which also stars Varun Dhawan and Jacqueline Fernandez in the lead roles. On the other hand, Bipasha Basu is currently enjoying her marriage life and it seems she is not in any mood to return back to the silver screen anytime soon.[/tps_footer]