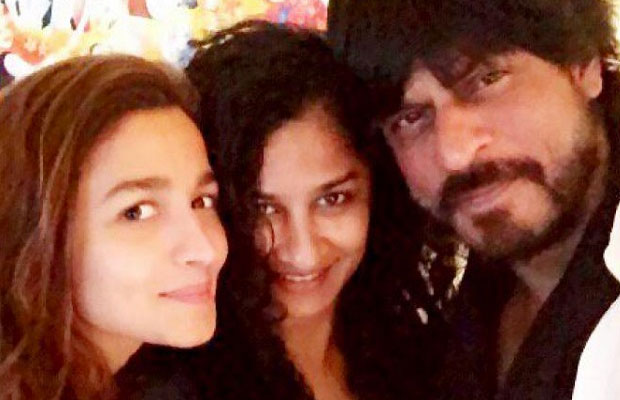 Shah Rukh Khan and Alia Bhatt starrer Dear Zindagi is one of the much-anticipated Bollywood films this year. Fans are curious to know what kind of role SRK will be playing in the film. The first look of the film was out just a few days ago that had lead to more excitement among the fans. It is shown how the Badshaah of Bollywood answers Alia’s queries.

Well, it was initially rumoured that SRK will be having a cameo in the film. Later, there was even a buzz that he will be playing a Love Guru in Dear Zindagi. King Khan called these rumours false. Yet, nothing was spoken about how much of Shah Rukh audiences’ will get to see in the film. There were rumours that he will be there in the films for about 30 minutes. But director Gauri Shinde has cleared this news too. In a Twitter interaction with one of her fans, she disclosed that SRK would have a longer screen presence in DZ. 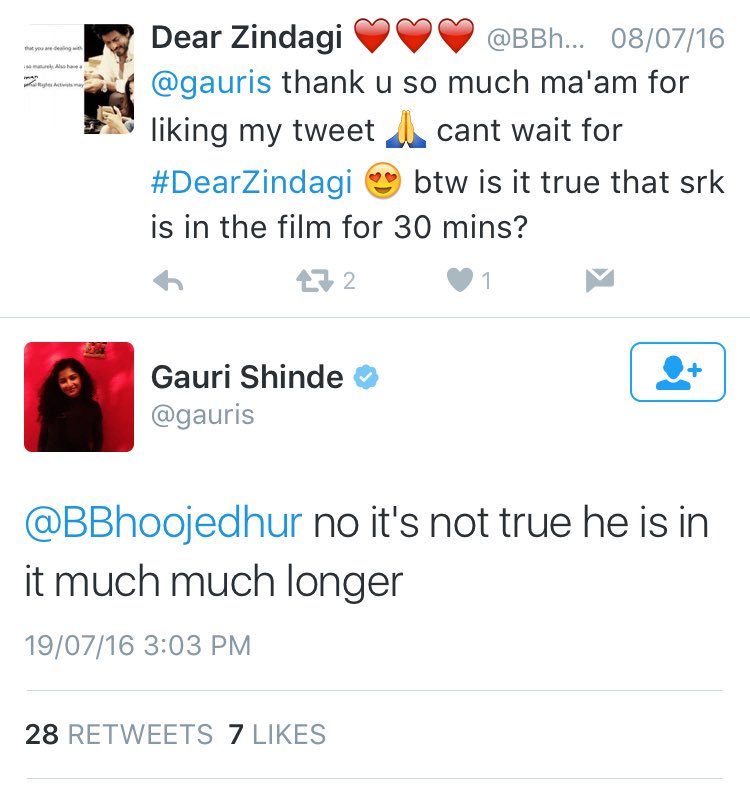 Well, it is indeed good news for SRKians. Amongst the ensemble cast of Ali Zafar, Aditya Roy Kapoor, Kunal Kapoor, and Angad Bedi, Shah Rukh Khan too will have a longer screen presence. This Gauri Shinde directorial produced by Karan Johar and R Balki, will hit the silver screens on November 25, 2016.