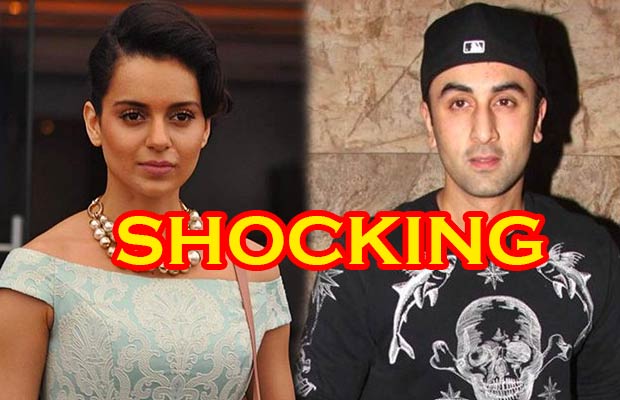 [tps_footer]Ranbir Kapoor and Katrina Kaif‘s break up was the most shocking news in Bollywood. While some reports claimed that Ranbir–Katrina is still together, some claimed that Ranbir is not interested in getting back with Katrina. But now there’s a twist in the tale, recently Ranbir was linked with Kangana Ranaut. The rumors of them being together have spread like wildfire. Even after they broke up and Kangana’s legal battle with Hrithik Roshan started, many sources pointed their fingers at Kangana’s relationship with a ‘young superstar’.

However, Ranbir who never speaks on such issues is back in town after wrapping up the shoot for Jagga Jasoos. Ranbir was surprised after he came to know about all these rumors. According to a leading daily, he has been wondering how these rumors began and have spread like wildfire in the past few months. He was quoted saying that he doesn’t offer any clarifications and that has been taken advantage of. In fact, he even knows who is behind the rumors and he has given a strict warning that if this becomes more serious then he will come out to give a strong clarification. We really hope that all is well with these stars.

Meanwhile, any guesses who is behind Ranbir–Kangana link up rumors? Tell us in the comments below.[/tps_footer]