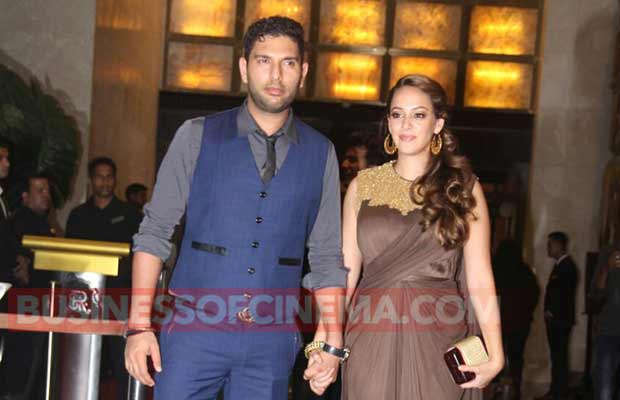 A lot has been spoken about Yuvraj Singh’s romantic connection to Bollywood. The cricketer has been linked with a number of B-Town actresses right from Kim Sharma, Neha Dhupia to Deepika Padukone.

However, the talented cricketer finally seems to have found true love this time. Yuvraj has been dating Hazel since quite some time now. The couple got engaged last year in November and if rumours are to be believed, Yuvraj and Hazel will be heading towards the aisle in November or December this year.

Sources close to the couple have confirmed the news, however, the date of the wedding is yet to be finalised. All they could tell us was that the couple is likely to tie the knot before the New Year.

The two got engaged to each other in November last year when they were holidaying in Bali in Indonesia. After the engagement made it to the headlines, Yuvraj’s parents didn’t refrain from speaking to the media about their son’s love life and also praised his choice.

Unlike other celebrity couples, Yuvi and Hazel have always been very vocal about their wedding plans. Although the date and venue haven’t been fixed yet, the couple has already announced in an interview earlier that they are looking forward to having both Hindu and Sikh marriage rituals.

“ We have decided to have small, intimate Sikh and Hindu wedding ceremonies, followed by a big sangeet and then a bigger reception,” they had said.