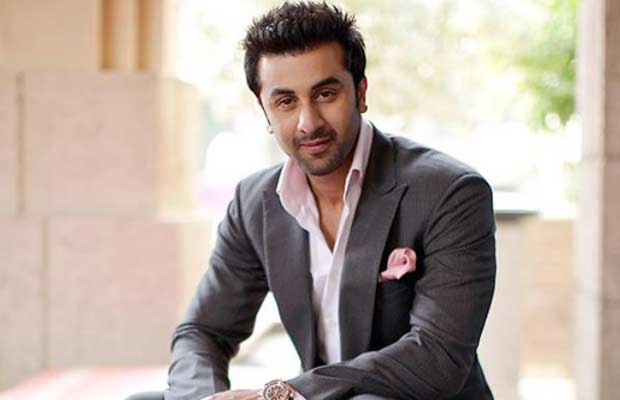 Ranbir Kapoor was spotted today at the ongoing Vogue Beauty Awards. The handsome hunk looked no less than an eye candy in his black suit matched up with a crisp white shirt. Ranbir sported a clean shaven look and looked no less than a visual treat. Junior Kapoor not only made the girls go gaga with his handsome looks but also bagged the award for the Most Beautiful Man at the event. Ranbir was super thrilled for getting the award. The actor later proceeded for media bytes and here are some of the interesting conversations he engaged in with the media men.

A reporter at the press meet asked the heartthrob about his opinions on what makes a woman beautiful to which Ranbir had a very interesting reply.

He said, “Just the fact that she exists is beautiful.” Now isn’t that a very adorable reply!

Also, adding to the fun quotient, a question was asked to Ranbir which was “Spanks or no thanks?” to which Ranbir quipped, “No Thanks”.

Seems like Ranbir doesn’t like messing around with his answers. The actor chose the safest answers for all the questions not letting anything go out of hand.