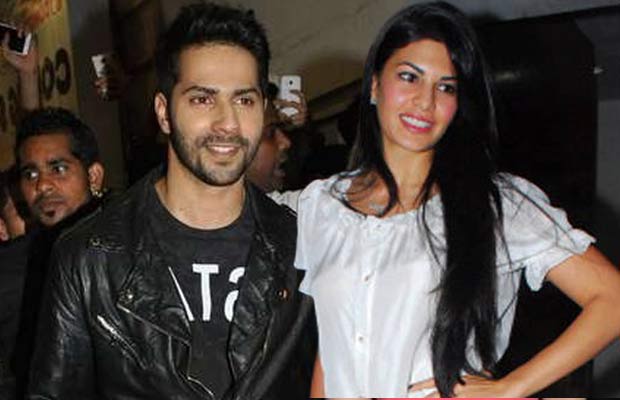 [tps_footer]It’s known to all that Bollywood actor Varun Dhawan is all set to step into the shoes of Salman Khan in the sequel to the Salman starrer ‘Judwaa‘. Varun is roped in to play a double role in the sequel film but each and everyone is wondering who would be the lucky actress opposite Varun.

After much of speculations on who will be romancing Varun in the film, reports suggest producer Sajid Nadiadwala has approached Jacqueline Fernandez for this movie. Some time ago, the tinsel town was abuzz with the rumours that actress Neha Sharma‘s sister Aisha might play the leading lady in the film but no official confirmation on the same has been made yet.

Currently, the film is in the scripting stage and it’s speculated that one of the two actresses would be Jacqueline Fernandez who will romance Varun Dhawan in Judwaa 2. This would be the first film of Varun Dhawan in his four-year-long career where he will play a double role, which will be directed by father David Dhawan. However, only Varun‘s casting is the first official announcement from the makers of the film.[/tps_footer]