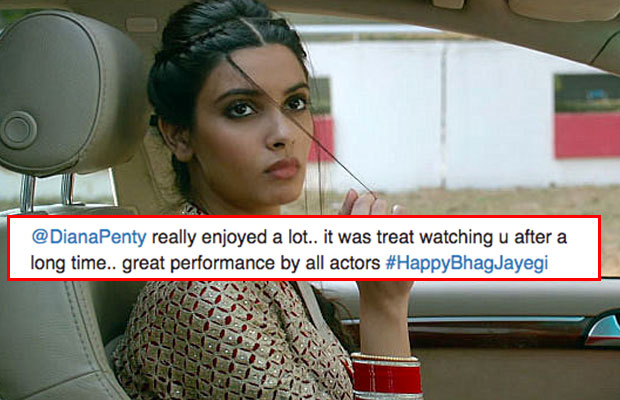 [tps_footer]Actress Diana Penty has made a comeback into the acting world with the film Happy Bhag Jayegi. Diana was last seen in Cocktail with Saif Ali Khan and Deepika Padukone. The actress is making a comeback after a sabbatical of 4 years. Her new film Happy Bhag Jayegi releases today. It is a rom-com film. Along with the gorgeous actress, the film also stars Abhay Deol, Jimmy Shergill, Ali Fazal and Momal Sheikh in titular roles.

Directed by Mudassar Aziz, Aanand L Rai is the producer of the film. The music of the film received a great position response from the masses. As the film came out today, fans took to Twitter to express their views about it.

Here’s what people on Twitter has to say about Happy Bhag Jayegi: 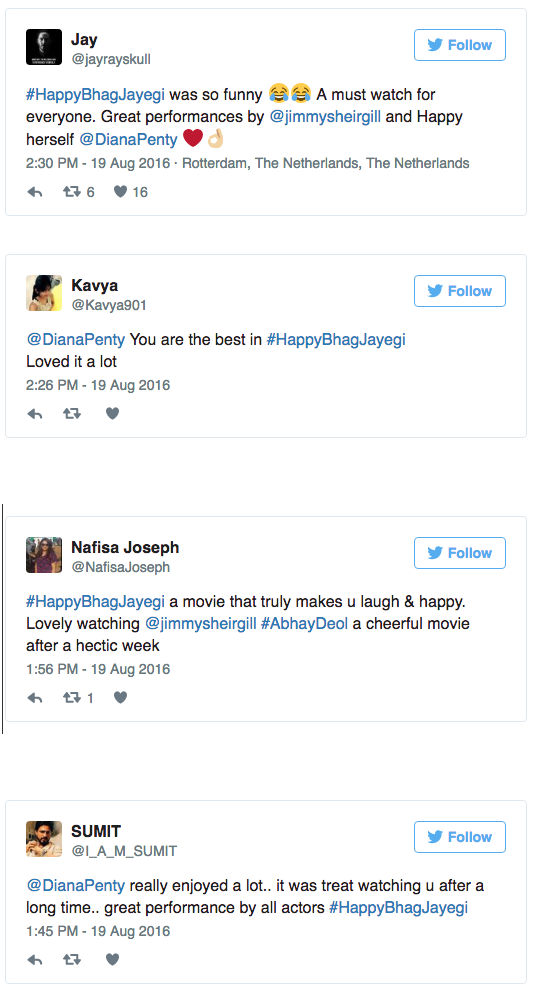