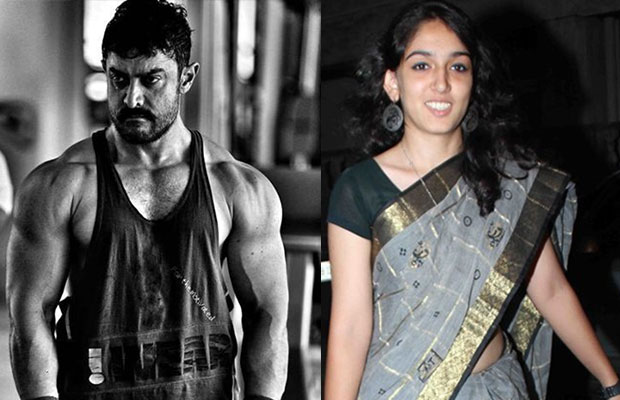 [tps_footer]It’s a well-known fact to how seriously Aamir Khan takes his films. He is always seen in a different avatar and for his upcoming film Dangal he has drastically transformed himself to play the younger Mahaveer Singh Phogat.

Aamir‘s weight loss journey has been commendable and has proven to be an inspiration for many! His daughter Ira is totally loving her Daddy’s coolest younger look.

Aamir khan has built a fantastic body to play the younger wrestler and his daughter is flipped to see her daddy in this super cool avatar. Ira Khan wishes her perfectionist daddy maintains the look post release of the film too.

Dangal is a film based on the life of Haryana-based wrestler Mahaveer Singh Phogat and the journey of his daughters Geeta and Babita Phogat.