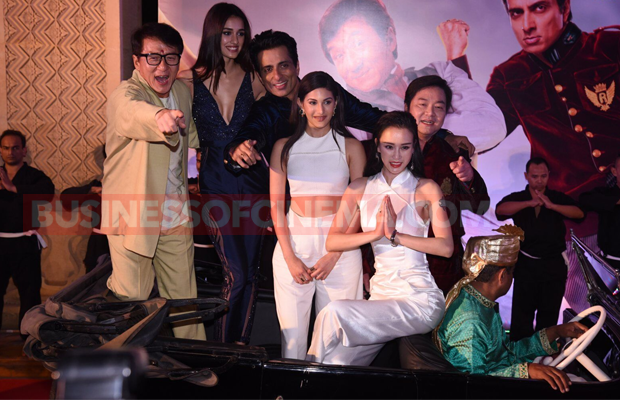 Bollywood actress Shilpa Shetty, who is an ardent fan of Jackie Chan, touched his feet. 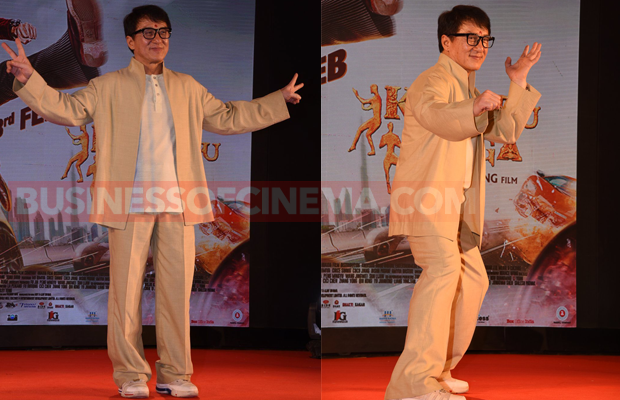 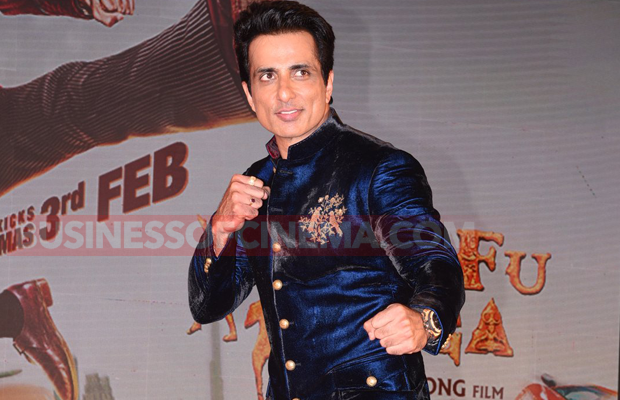 2. Sonu Sood strikes a Kung Fu pose at the promotional event of the film. The film is releasing on January 27. 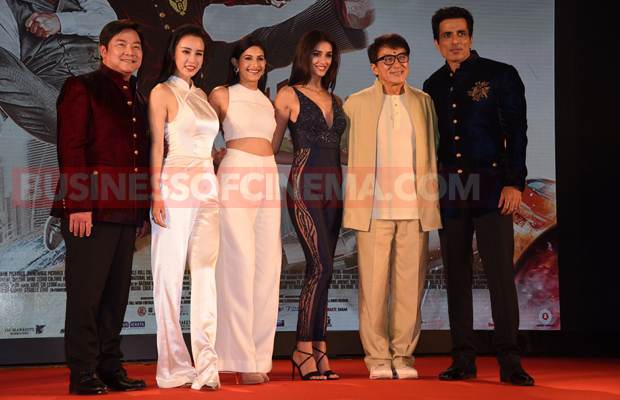 3. The team of Kung Fu Yoga posed for the shutterbugs at the promotional event of the film in Mumbai. The film will showcase the art and culture of both India and China. 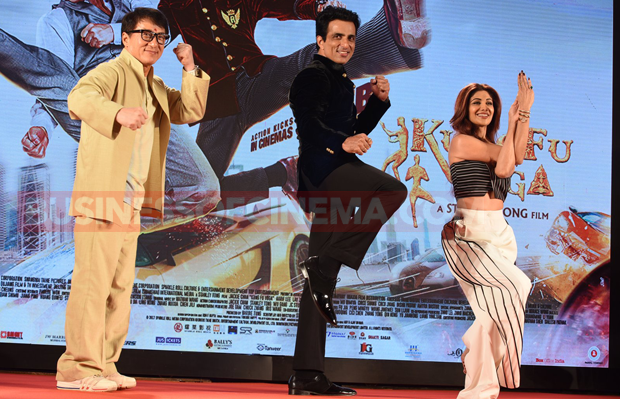 4. At the promotional event, Shilpa Shetty, who made a surprise entry, revealed that she learned karate only because of Jackie Chan. 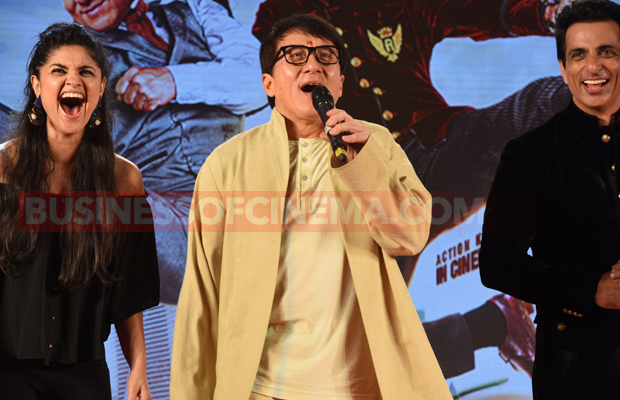 5. Jackie Chan was seen witty at his best and left audience splits into laughter at the press con yesterday. 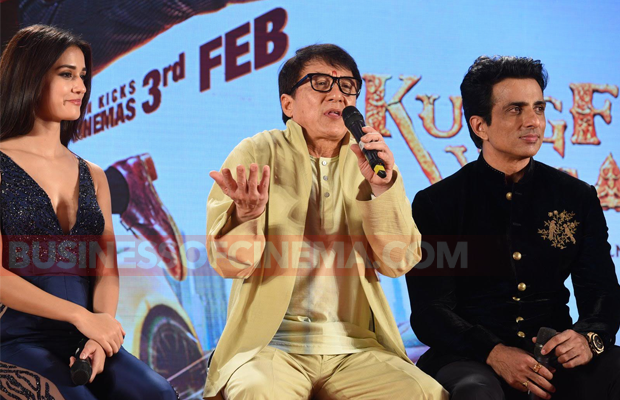 6. While interacting with the media at the press con, Jackie Chan revealed that Salman Khan and Aamir Khan are two of the biggest action stars in India. 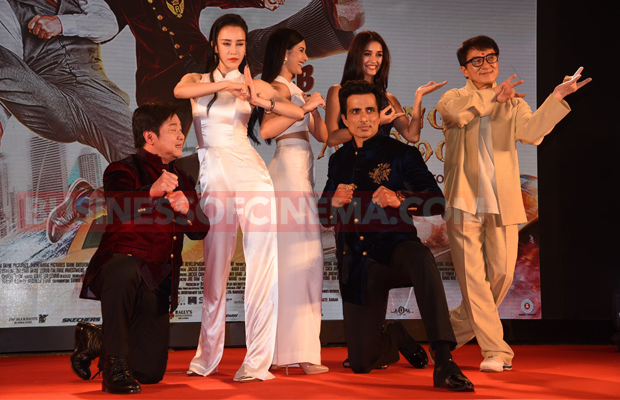 7. Talking to media, Chan said that it was fun surrounded by Indians on the film sets and he would love to make a Kung Fu Yoga franchise. 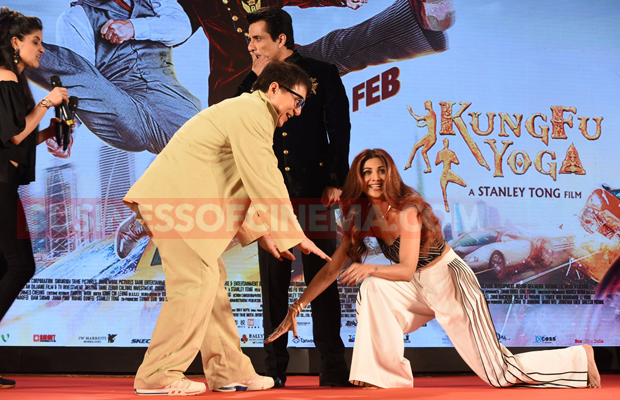