Shraddha Kapoor has been a self-confessed Coldplay fanatic! The actress did not leave the chance to meet her favourite Coldplay lead vocalist and keyboardist Chris Martin, during his India visit last year.

The rock band has now collaborated with The Chainsmokers, who also happen to be one of Shraddha’s favourite EDM DJ duo.

The collaboration has left the actress happy to bits, and their latest single ‘Something just like this’ has been playing on the loop on her playlist.

The actress even took to Twitter to express her happiness taking the ‘Awesome’ association and posted the link to the song. 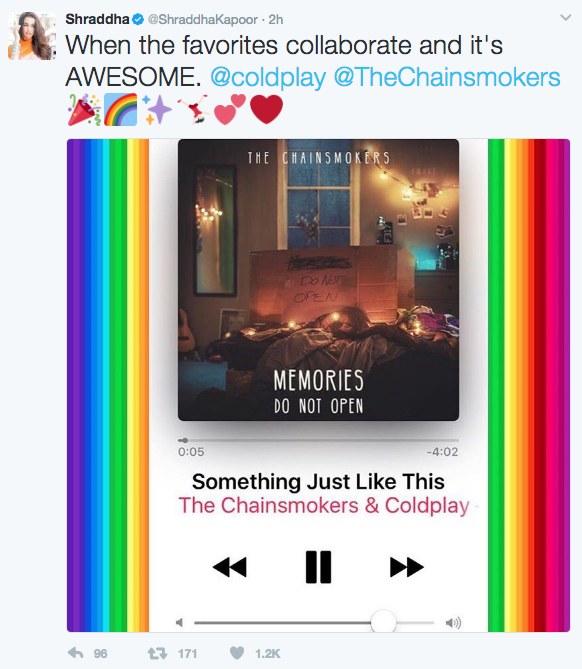 The actress is known to have an inclination towards music and has herself been the voice of many popular Bollywood songs.

The actress also hails from a musical lineage with her maternal grandfather, Pandharinath Kolhapure having been a renowned name in the music industry.

However, the actress enjoys listening to various genres of music, with her latest favourite being ‘Something like this’