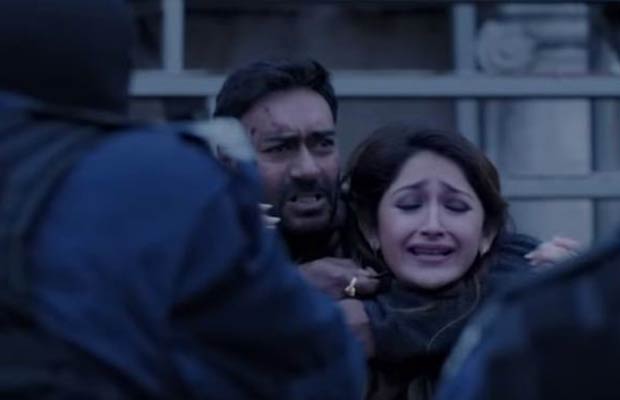 Ajay Devgn is all set to impress the masses with his upcoming film ‘Shivaay’. The trailer of the film was much awaited since a long while and the wait is finally over. ‘Shivaay’ starring Ajay Devgn in the main lead has surprised the audience with its highly intriguing trailer. The first glimpse is long but is worth every minute.

‘Shivaay’ will tell the tale of an ordinary man who possesses the power to destroy all evils to protect his family. The trailer initiates with Ajay Devgn’s intense expression and slowly gets you to the snow clad mountains. Ajay who is seen in daredevil mountaineering shots is a treat to the eyes. The locations are never seen before and are breathtaking.

The beat filled background music gets you all the more curious. The film not only is full of adventures and action it also has an essence of romance. The Golmaal actor has nailed his new age Lord Shiva avatar in a promising manner. The actor effortlessly grips in the character and makes it believable. It is endearing to see how traits of Shiva seep into Ajay’s character. The trailer is elongated but is equally secretive when it comes to the plot.

The trailer takes you on a never-ending journey with ever long landscapes and deep expressions. The first glimpse solely concentrates on Ajay Devgn and sees hints of female leads Erika Kaar and Sayyeshaa Saigal.

Ajay is not only a marvelous actor but the mind blowing star has proved his impeccable directorial skills too. ‘Shivaay’ will hit the screens on October 28th this year.