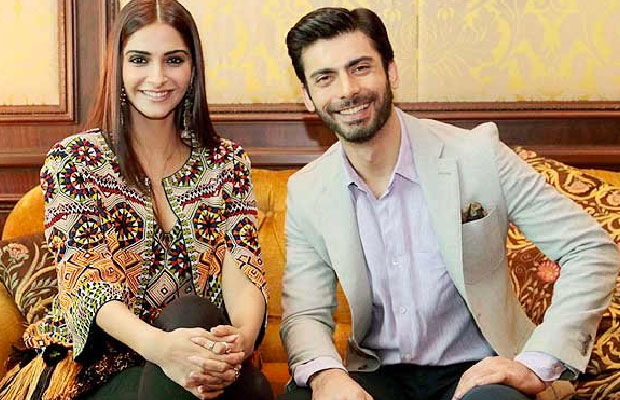 It was reported that ‘Khoobsurat’ Pakistani star Fawad Khan had refused to work with Sonam Kapoor in ‘Battle of Bittora’. It is being said that Fawad Khan refused the role because of the intimate scenes in the film.

In a recent interview with a leading daily, Fawad Khan said that right now he is not comfortable doing intimate scenes and he has mentioned this a couple of times before as well. He said it will not appeal to the sensibilities of his audience back home, as he has to go back and work there.

He further added that he doesn’t want to be a chameleon and change his colours just because he is working here.

Also Read : Sonam Kapoor Turns Into A Designer For Her B-Town Friend!

Fawad Khan will be next seen in ‘Kapoor and Sons’, opposite Alia Bhatt, Siddharth Malhotra and Rishi Kapoor. Portraying many different roles in TV serials, the hopes are high to see how Pakistani actor Fawad Khan unleashes his talents and surprises everyone.

Reportedly, Fawad Khan’s character would be daringly different and unique. Fawad Khan will be seen in a never seen avatar on the silver screen this time.

Produced by Karan Johar under Dharma Productions banner, ‘Kapoor & Sons’ Since 1921’ is directed by Shakun Batra.