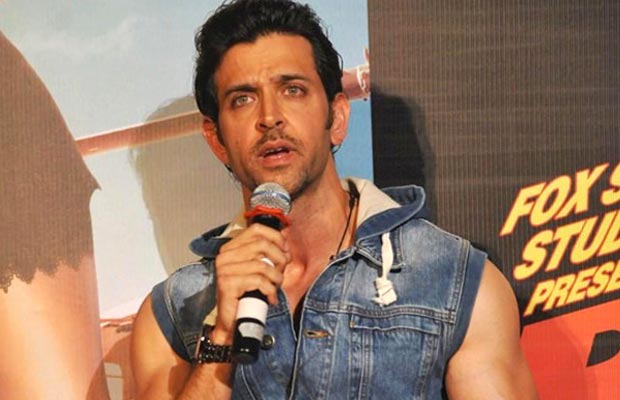 With stardom comes fan following, and our Bollywood stars are aware of the fan frenzy that takes place in their presence. Many a times our B-town celebs have to face adversities due to the chaos of the fans. Seems like the Greek God of Bollywood, Hrithik Roshan is also experiencing the same.

Hrithik is currently shooting for Ashutosh Gowariker’s film ‘Mohenjo Daro’ in Jabalpur. However, it’s not the shooting schedule that is keeping the cast and crew of the film on high alert it is the alarming number of fans who have created the chaos on the sets of ‘Mohenjo Daro’.

Additionally some of the locals have also been injured due to the uncontrollable crowd. Referring to the same, Hrithik Roshan has urged the people not chase the team of the film on bikes as it creates inconvenience for other people. Further, Hrithik has also pleaded the fans to maintain decorum.

The highly talented Bang Bang actor took to the micro blogging site Twitter and tweeted, “Jabalpur..It is very distressing 2 see ur love unintentionally causing harm 2people.der is no need,I feel u n sending u all even more love!”

Hrithik added another tweet on the same lines saying, “Deeply feel d love Jabalpur!Its my sincere request, please do not chase on ur bikes,pedestrians n d elderly r getting injured. It is very…”

Must say, Hrithik is one responsible star!