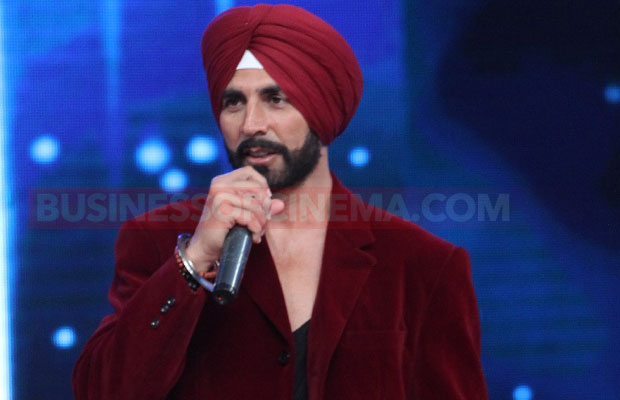 Akshay Kumar is one actor who is on the top but refrains from getting involved in the number game. The actor who is known as the Khiladi of the tinsel town is always in news for garnering large box office numbers for his hit films.

Away from the philosophical and intellectual ones, Akshay Kumar makes sure that his films entertain and make his fans laugh out loud. The audience adored the role of Raftaar Singh played by Akshay Kumar in the film ‘Singh Is Bliing’. The film ‘Singh Is Bliing’ received loads of applauds from the fans and the audience and seems like the Khiladi is all game for its sequel too.

It is much in reports that Akshay is too happy with the box office numbers of his film ‘Singh Is Bliing’ and is also giving a thought to come up with its sequel. If rumors are to be believed, then Akshay has already told his creative team to work on the idea and the concept for the same.

Akshay’s film ‘Brothers’ was much in limelight but failed to impress the box office, whereas, ‘Singh Is Bliing’ stood strong with Akshay’s staple comic timing and punch lines. The film ‘Singh Is Bliing’ also featured Lara Dutta and Amy Jackson along with Akshay. Now whether the leading ladies will be a part of the sequel or no is yet to be thought of.

It is in the air that director Prabhudeva will be the man behind the lenses for the sequel too and that Akshay has already conveyed the idea to him. Currently, the Brothers actor Akshay is busy with the shooting of his upcoming film ‘Airlift’ opposite Nimrat Kaur. Apart from ‘Airlift’ Akshay will also be a part of ‘Housefull 3’. Both the films are scheduled to hit the screens next year.