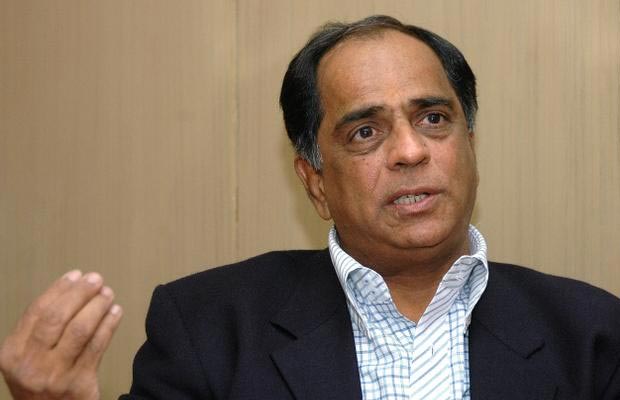 [tps_footer]Censor Board Chief Pahlaj Nihalani is much in limelight these days for his varied decisions and cuts over movies. The CBFC has witnessed many controversies lately for its illogical decisions over scenes in the films. Pahlaj Nihalani landed in a hassle when he ordered that a kissing scene from the film ‘The Spectre’ be cut by a few seconds to maintain the sanctity of the viewers. Many Bollywood celebrities critiqued the Board for its unreasonable stance.

Yet again something of that sort has happened. It’s raining s** comedies these days in the tinsel town. The trailers of ‘Mastizaade’ and ‘Kyaa Kool Hain Hum 3′ have received loads of flak for their over the top connotations and vulgar dialogues. The I&B Ministry has now pulled up Censor Board Chief Pahlaj Nihalani as to why these trailers were allowed if others were directed to get cuts to maintain the purity of the viewers.

The Ministry has now asked for a reason as to why these trailers were passed because they contain vulgarity. Pahlaj Nihalani has now been asked to send an explanation to the authorities over the same and Pahlaj Nihalani has commented, “We are in a Catch-22 situation. Karo toh gaali, na karo toh gaali. When we were strict with the vulgarity quotient, we were called prudes. Sanskaari became a gaali. And to endorse obscenity was seen worthy of taali. So, we certified some films with scenes and dialogues that we would otherwise have never passed as they went against our guidelines.”

The Censor Board Chief then further added, “The steep level of vulgarity in the trailers was brought to our notice. And we were shocked to see scenes and dialogues that we had censored, being used in the trailer. In fact, the makers of Angry Indian Goddesses put together scenes deleted from the film and posted them online. Do they know it’s a culpable crime?”

Drifting away from the root of the problem, Pahlaj Nihalani also confessed his political leaning saying, “Yes, I am a proud soldier of the BJP and I firmly believe Narendra Modiji is the present and future of the country. But I’ve a mind of my own. And I know what is good for the film industry as I’ve been a producer for 40 years.”

Not shying away from his power and position, Pahlaj Nihalani concluded by saying, “As long as I am the chairperson of the CBFC, I’ll do what my conscience tells me is right. Brickbats have never bothered me. I won’t buckle under pressure from vested interests.”

Now what further turn this issue takes for the films ‘Mastizaade’ and ‘Kyaa Kool Hain Hum 3′ only time will tell.