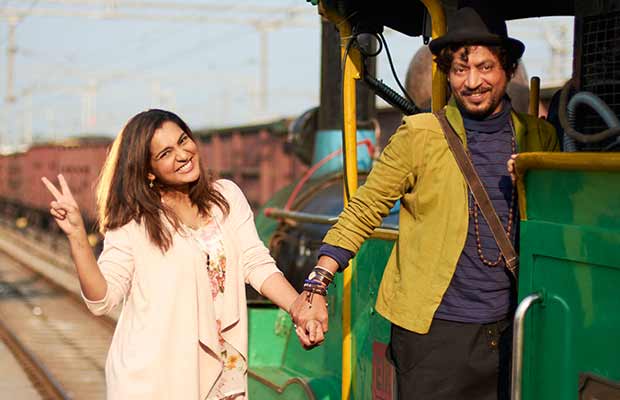 Irrfan Khan’s upcoming release Qarib Qarib singlle is all set to release this week. The film has been garnering eye – balls for its quirky story line and unusual pairing.

Irrfan Khan’s last film Hindi Medium which was a sleeper hit did not release in Switzerland, but his upcoming romantic flick Qarib Qarib Singlle is all set to release in the romantic capital of Bollywood, Switzerland.

Switzerland has always had a Bollywood connect and now Irrfan Khan’s modern aged love story Qarib Qarib Singlle is all set to hit the theaters at the love destination.

In the generation of online dating, Qarib Qarib Singlle is a film about two people who meet through a dating app only discover love and life over a three – city tour which unfolds to be a crazy desi adventure.

The film showcases a love story between two opposite personalities and how they grow fond of each other despite of the differences.

The trailer of the film has not only received appreciation from the audience but also the b-Town celebs for its unusual story line promising a joy-ride. The quirky tag lines on the poster have generated curiosity among the viewers.

The songs give further insights to the frictional relationship shared by the couple.

This quirky love story travels through the cities of Bikaner, Rishikesh, and Gangtok taking us on an unusual ride of a modern romance.

Watch Video: Irrfan Khan Goes On A Tinder Date, What Happens Next Is A Must Watch