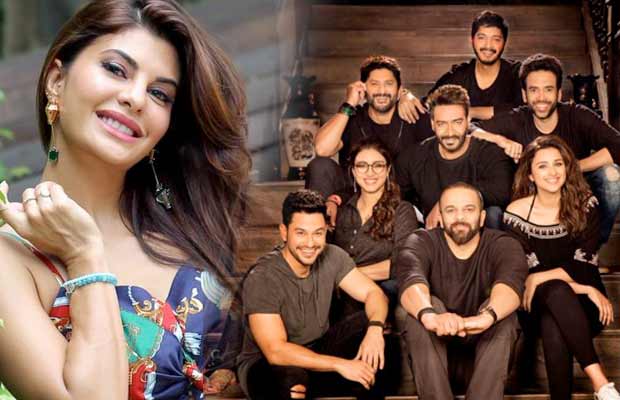 Coming from the resounding success of Judwaa 2 herself, Jacqueline Fernandez watched Golmaal Again and has loved the film.

While the entire industry has unabashedly cheered for Aamir Khan’s Secret Superstar, Jacqueline like the larger Indian population seems to have enjoyed Golmaal Again.

Judwaa 2 actress Jacqueline Fernandez took to social media to give a shoutout to Golmaal Again.

The actress not only vocally accoladed the entertainment quotient of the film but also expressed anticipation for Golmaal 5.

The comedy franchise made its way to the audience in the festive season and has been tickling cinegoers, one of them is Bollywood actress Jacqueline Fernandez.

Jacqueline, who has been a part of commercial successes like Kick, Housefull franchise, Race 2, Dishoom and the most recent Judwaa 2, took to Twitter to hail the comedy franchise.

Jacqueline Fernandez who is riding on the success of Judwaa 2 is currently shooting and dubbing for her upcoming film, Drive.