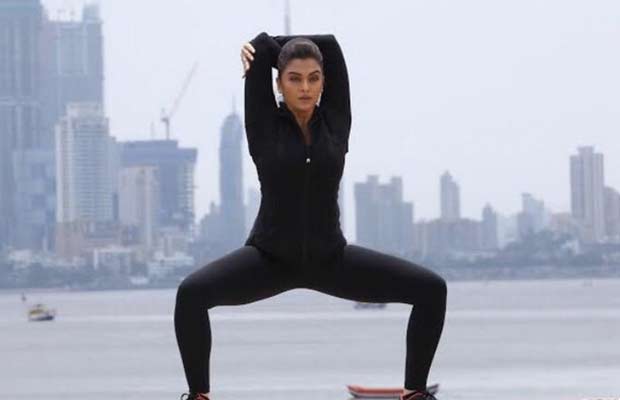 The actress who will be seen on the silver screen after long five years gap, is looking stunning in the first teaser look of the song from her upcoming film ‘Jazbaa’ opposite Irrfan Khan. Earlier director Sanjay Gupta took to his twitter handle to share the first look of Aishwarya. He tweeted, “COMING SOON Teaser 1 B A N D E Y A A”

Later on the same day Sanjay Gupta revealed the first teaser of the song featuring Aishwarya Rai Bachchan. The director took to his twitter handle to share the teaser of the song. He also apologized for the delay in revealing the teaser as final VFX was being carried out.

Talking about Aishwarya’s look in the teaser, the actress looks stunning in her black attire with bold look. The music in the teaser seems to be very melody, dark, sorrowful and heart breaking beautiful. The word ‘Bandeyaa’ has a very power meaning, which addresses ‘Beloved’.

Directed by Sanjay Gupta, the trailer of the film brings out the dark side of politics and courtrooms. Aishwarya who plays the role of a powerful and successful advocate, Anuradha Verma is seen in a very intense role while Irrfan Khan is introduced as a suspended cop. In the trailer, Aishwarya Rai Bachchan is seen fighting in the court of law for a criminal and set him free in order to save her little daughter.

‘Jazbaa’ is an action-packed and intense film starring Irrfan Khan, Anupam Kher, Shabana Azmi and Aishwarya Rai Bachchan. The film also starsAtul Kulkarni and Siddhanth Kapoor. The action drama film is all set to hit the theatres on October 9, 2015.

Also Read: Guess What Lovebirds Ranbir Kapoor And Katrina Kaif Did In Thailand