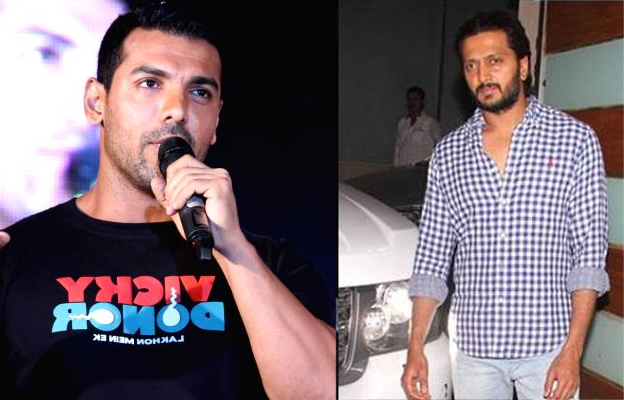 [tps_footer]Bollywood actor John Abraham, who has geared up with the promotions of his upcoming film Rocky Handsome, had recently stated that he does not like going to awards shows because they are no less than a circus for him.

On the other hand, recently Riteish Deshmukh took a dig at John Abraham’s acting skills at an awards show and jokingly said that John can never learn to act even 15 years down the line.

Asked about his take on the joke, John replied, “Riteish is a friend and in awards functions, people do make fun of each other. I take it in a good spirit, positively. Riteish is a good boy and I don’t take things negatively at all.”

Well, John and Riteish have worked together in Housefull 2 and it seems John is completely fine with the jokes created for him. That’s the spirit!

On the work front, John will be seen in his upcoming film Rocky Handsome. Directed by Nishikant Kamat, the film is an action thriller movie co-produced by John Abraham under his home banner John Abraham Entertainment with Sunir Khetrapal’s Azure Entertainment.

At the same time, Riteish has geared up with the shooting of his upcoming film Banjo, which stars Nargis Fakhri in the lead.[/tps_footer]