KRK is always known for making absurd comments on the celebrities and having issues with them. Earlier with Shah Rukh Khan, Lisa Haydon, Sonakshi Sinha, there had been enough clashes. Now it’s with the Befikre actor Ranveer Singh. And you won’t believe it’s not the first time with him. So what happened now? 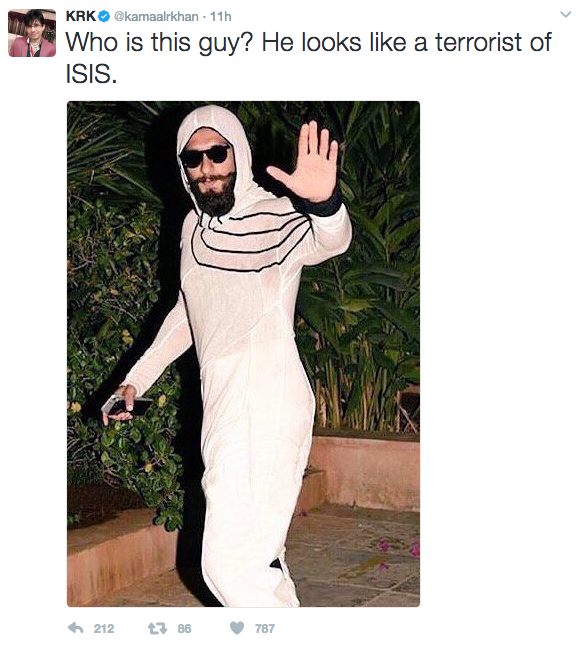 This is that picture of Ranveer Singh that everyone has been making jokes about. We all know how weird the star dresses up sometimes but it’s okay. As long as there is confidence in him about what he wears, there is no harm. But when comments from people like KRK who have been reported for harassing comments come, it’s a different matter.

Ranveer Singh has been trolled earlier too for his dresses and he has always taken that as a sport accepting he dresses like that and he likes it.

On the other hand, KRK has been thrashed several times by the B-town for his senseless comments and still there is no change in his behavior towards his tweets. Well! Let’s wait for Ranveer Singh to comment over this and see if he takes this sportingly.