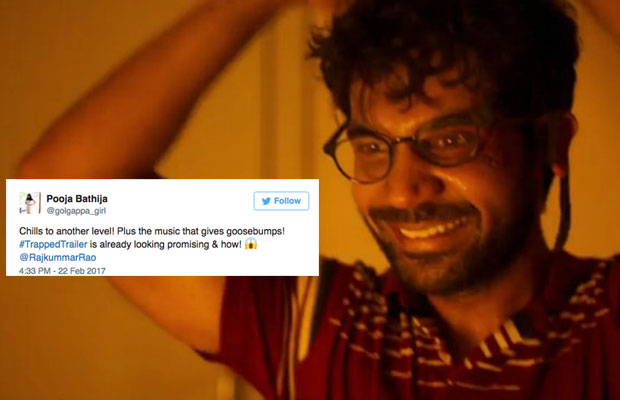 The first trailer of Vikramaditya Motwane’s upcoming film, Trapped starring Rajkummar Rao is finally out. The trailer of the film showcases a story of a man who gets trapped inside a house for days without food and water. It’s a thriller that captures a young man’s desperate attempts to escape from isolation and we think no one better than Rajkummar Rao could have done this role in the most extraordinary way.

The trailer of the film is quite unique and intense. Its keeps you hooked till the end to know what will happen next. The music at every frame will definitely give you Goosebumps. The actor brightens up each and every frame with his fine performance. The national award winning actor has always left audience awestruck with his impeccable acting skills and it seems, he is all set with another such performance in Trapped. Going by the trailer, it seems, the film could leave a major impact in the minds of the audience. The trailer has left many questions unanswered, which has left us curious to watch the film already.

Well, we have reviewed the trailer, but also take a look at how the audience has reacted to it: 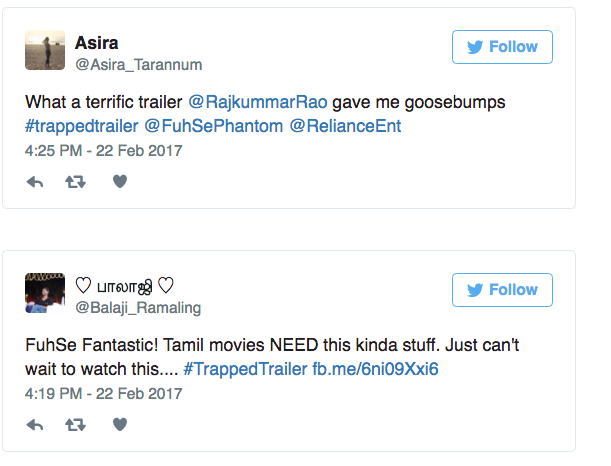 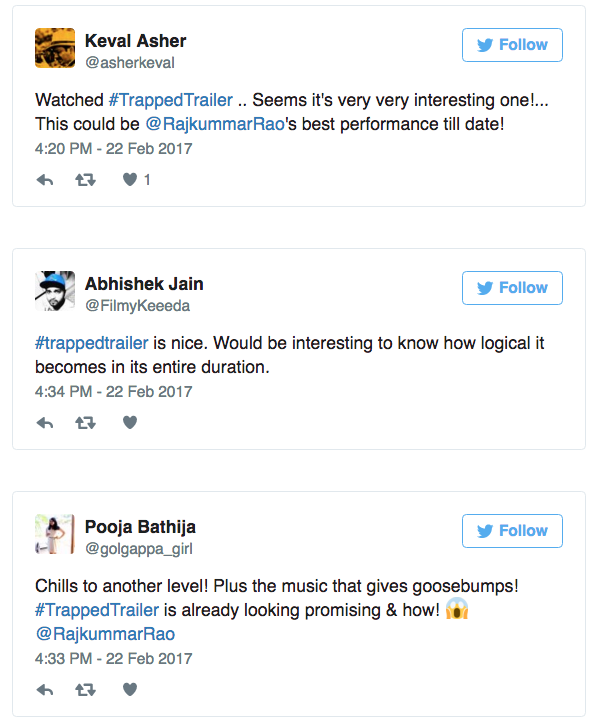 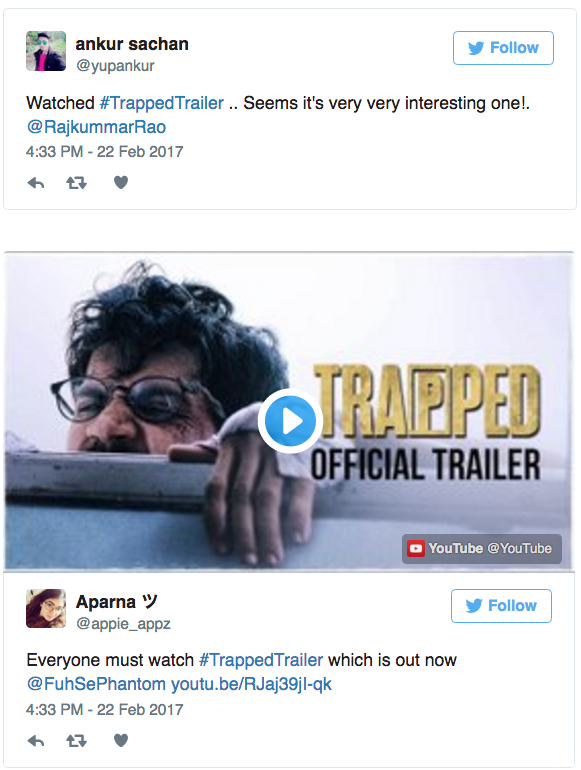 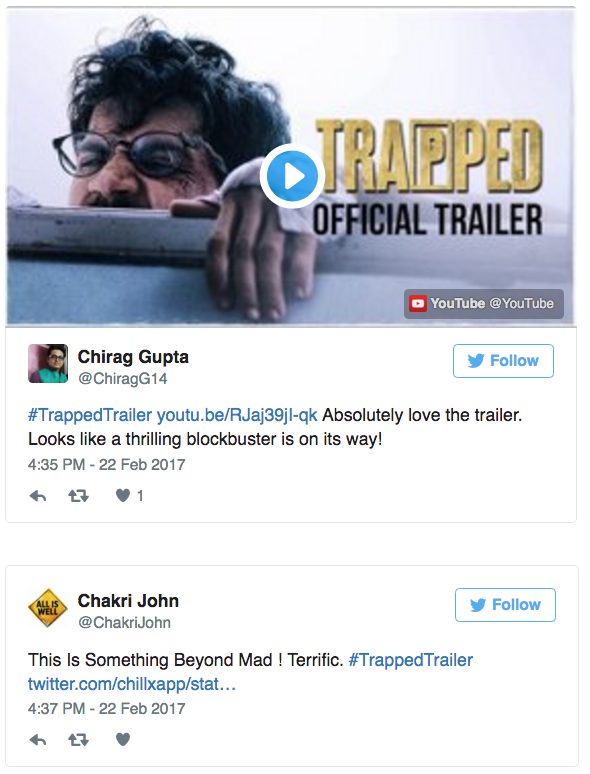 Don’t miss the trailer below: