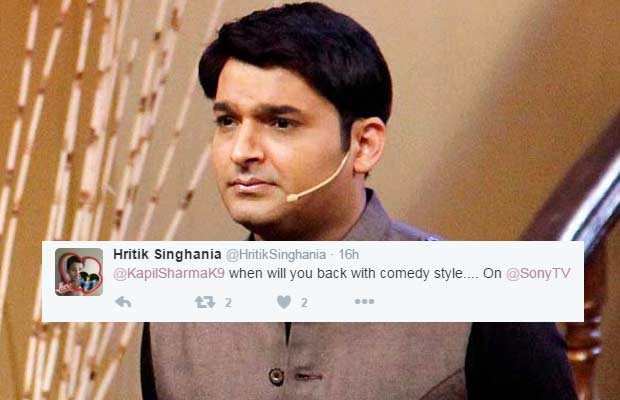 [tps_footer]It is surely exciting and fun when Bollywood stars take sometime out from their busy lives to interact with their fans on social media. Just like Shah Rukh Khan, Varun Dhawan, Sonakshi Sinha and others, comedian turned actor Kapil Sharma also interacted with fans on twitter.

As we all know Kapil Sharma shut his most loved show, ‘Comedy Nights With Kapil‘, which is now replaced by other show ‘Comedy Nights Live‘. Soon after the show went off air, rumours started doing rounds that Kapil will be back with his new show called ‘Comedy Style’ on Sony TV channel.

While people are pretty much excited to know about Kapil Sharma’s new show, the man himself asked ‘Which is this show Comedy Style? One of the fans asked Kapil that when his new show ‘Comedy Style‘ is coming, to which he replied saying, “which show is this?”

After maintaining silence for almost one month, Kapil Sharma finally came out to interact with fans and moreover anything, he hinted on false rumours. Taking a smart move, Kapil didn’t confirm or deny that he may be doing a new show called ‘Comedy Style‘ on Sony.

With various questions ranged on Kapil Sharma’s timeline, one of the fans expressed that ever since ‘Comedy Nights With Kapil‘ ended, he feels married. To which Kapil replied saying, “hahahaha.. Ok sir ji” 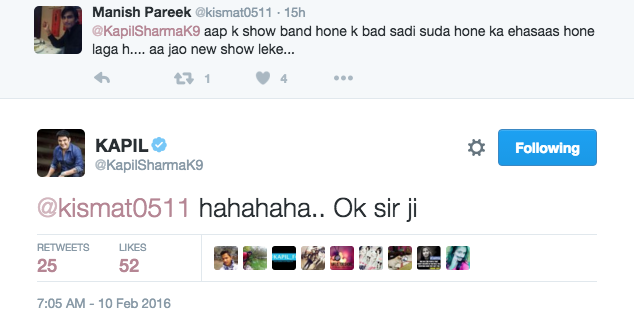 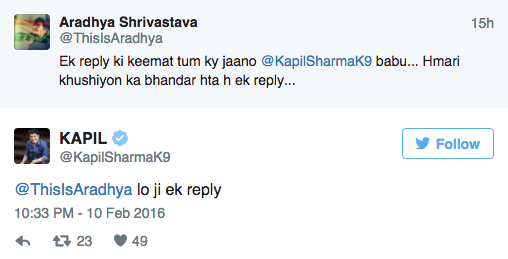 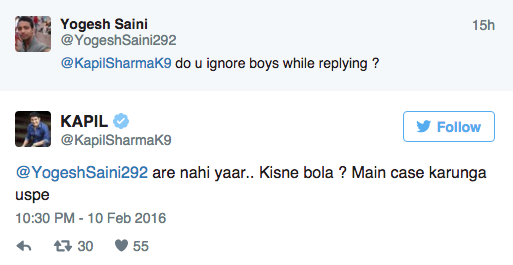 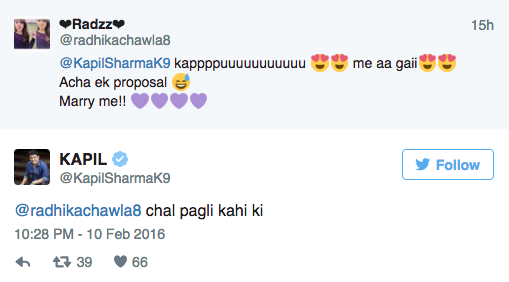 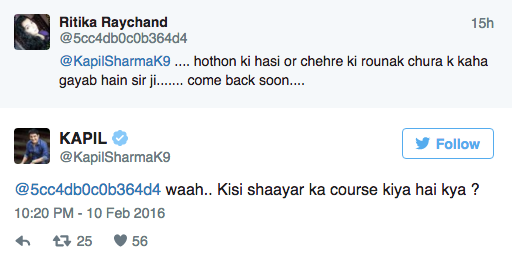 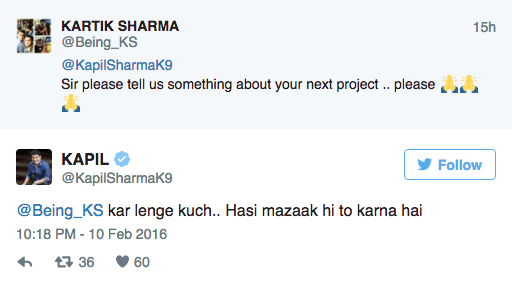 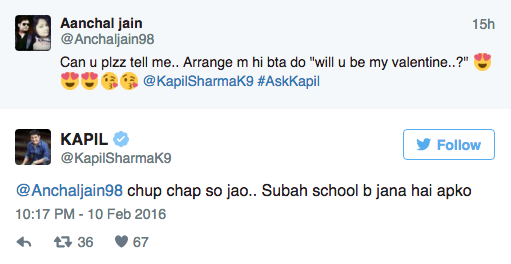 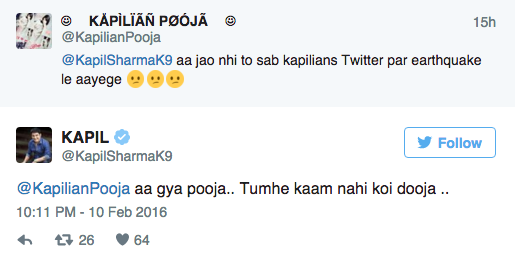 Kapil Sharma is yet to make an official announcement on his new show, but a source close to Kapil Sharma has revealed us that the entire team has already started planning for the new show. Kapil has entertained his fans for almost three years and it was surely a disappointment when the show went off air. As they say, ‘good things come to an end”, but moreover anything its time to cheer up and wait for Kapil Sharma to return back again on television.[/tps_footer]